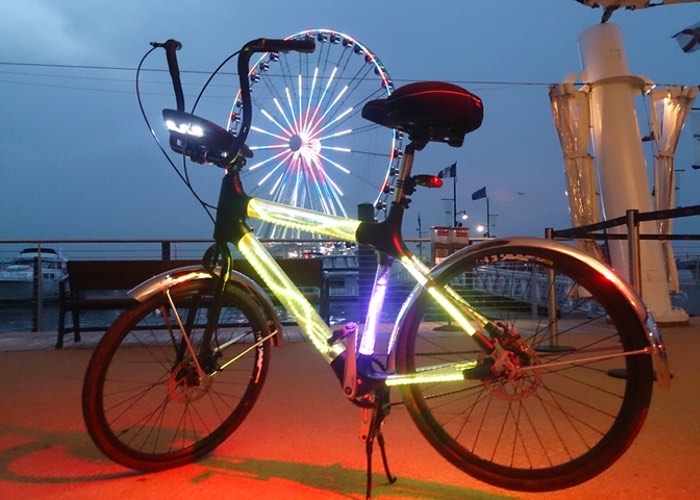 Aurora Smart Technologies has created a new range of bicycles which are sure to keep you safe at night and seen by other traffic on the road. Taking the form of the Aurora Bright Bikes, the lighting systems are integrated directly into the core of the frame and allowing you to customise the lighting depending on your requirements.

Watch the video below to more about the Aurora Bright Bikes which have been designed by W. Gerard Poole, Ph.D., an Ethnomusicologist and Flamenco singer/composer. 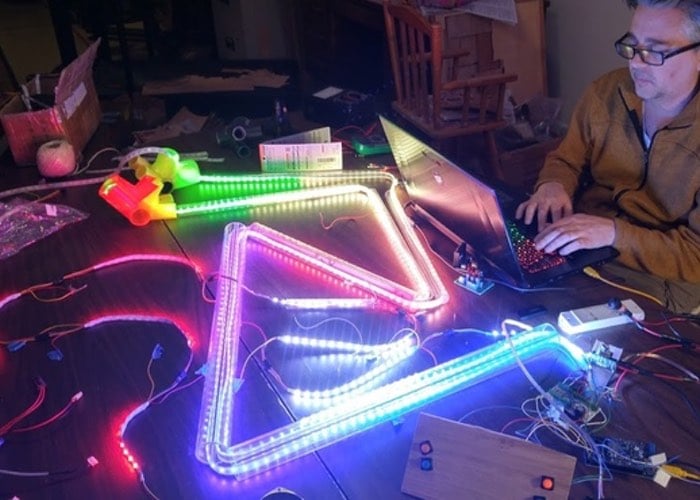 He started researching the problem beginning with the safety issue, but always keeping in mind that the issue was not just about safety- it was about culture. Once he had a clear idea of what he wanted to build and how it needed to be done, he started contacting bicycle builders. One builder in particular that he contacted was the renowned Craig Calfee- innovator of the bamboo bike, and designer/builder of first class Tour du France road bikes. Gerard was in luck, Calfee liked the idea and agreed to build a bike along the conceptual lines that Gerard had been developing.

But it wasn’t enough to light up the night with these beautiful, elegant, bikes. Gerard wanted the bikes to be fully integrated into the IOT. It was essential that these bicycles be functional and creative on many different levels.

Enter Steve Svoboda from Fairfax, Virginia, and Ashish Pareek, from Jaipur, India. Thanks to them, and Gerard’s vision of a potential new emergent bicycle culture, the functional programmability and the APP development for the bike’s, are as impressive as the bicycle’s visual impact; Eminent functionality manifested with beauty and elegance.

But to truly enter into the age of “mass customization” we needed to fully embrace 3D printing. Gerard became absolutely fascinated with the technology and dedicated to having 3D printing play a central role in Aurora Smart Technologies. He bought a printer and looked for people to work with.

After experimenting with several 3D printing experts we welcomed Patrick Gallagher into the Aurora team. His work with robotics and machine designing, in addition to his love of bicycles, made him a natural fit.