I have talked about the crazy slingshots that Joerg Sprave makes on a few occasions. The last time I mentioned him was when he invented the slingshot that flings iPhones. Joerg is back with a new slingshot that has a new and very cool design. This is probably the only one of the slingshots Joerg has ever made that I would actually shoot. 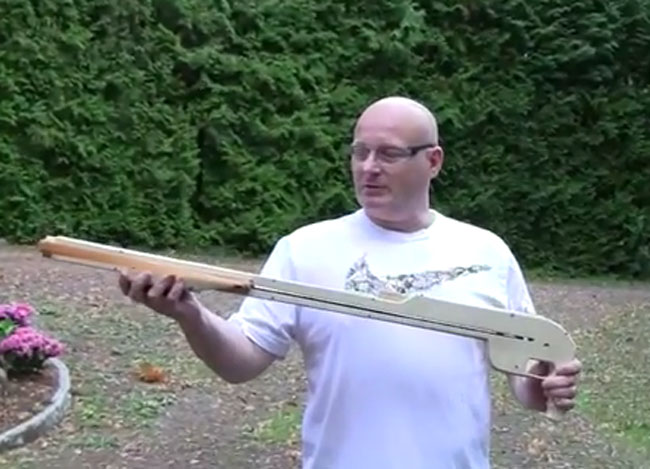 The pump action slingshot doesn’t require you to actually touch the rubber bands used to fling the ball bearings. To cock the slingshot you grab the wooden slider and rack it back. The weapon holds roughly 20 large ball bearings and actually drops a round into the chamber when cocked.

The shooter can then fling the ball bearings out of the end of the slingshot with impressive force. The unwieldy weapon even appears to be accurate from the video. This is the only weapon I have seen from Joerg that didn’t appear to be ready to blind the user at any moment.