Georgia Tech has shown off a new musical robot companion called Shimi, he has been designed by Georgia Tech’s Center for Musical Technology, and he is designed to change the way we think and enjoy our music.

The first video below shows Shimi performing with a couple of friends, the second video explains how he works, he certainly is a cool little robot. 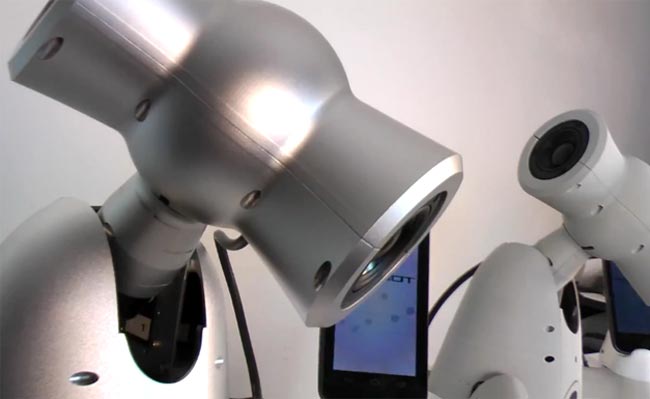 Shimi is designed to change the way that people enjoy and think about their music,” said Professor Gil Weinberg, director of Georgia Tech’s Center for Music Technology and the robot’s creator. He will unveil the robot at Wednesday’s Google I/O conference in San Francisco. A band of three Shimi robots will strut its stuff for guests, dancing in sync to music created in the lab and composed according to its movements.

Georgia Tech will be showing off Shimi at this weeks Google I/O Developer conference.