Check out this geeky clock, which is powered by Lego Mindstorms, and also made using Lego. 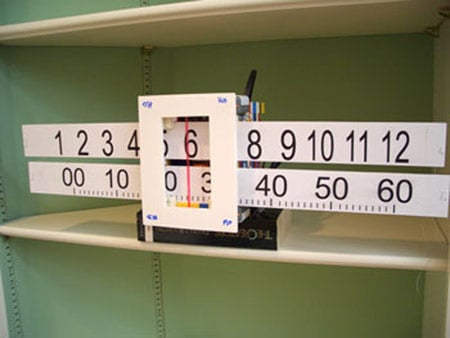 The base of the clock is made from standard Lego bricks, which encase two Mindstorm servos which power the clock.
The hours and minutes are displayed on seperate rulers, which move to display the time, here’s a video of it in action.

There is no word on whether this clock will go into production, I have to admit it looks pretty cool though.