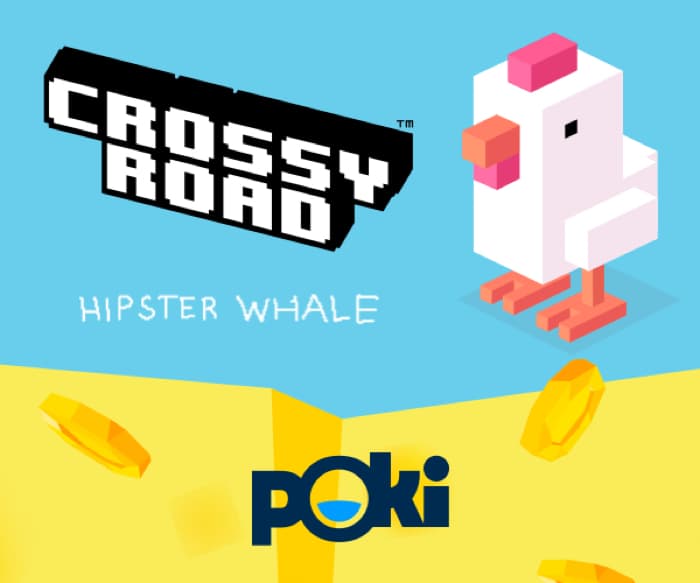 Crossy Road is far from a brand-new game craze, but it’s viral status has proven contagious and renewable dozens of times over the last four years. Released in 2014 as a mobile app, this game was an original from Hipster Whale, a game studio in Melbourne, Australia. These creative game developers had no idea of the success they had spawned across the mobile world, so you can imagine their surprise when the same game garnered attention across various other platforms.

Now, Crossy Road has found an exclusive web publisher in Poki, a unique gaming platform that specializes in fun-for-all-ages games. Without further ado of an awesome game, here are the need-to-knows and a brief review of Crossy Road for all of our super-cool tech-savvies to geek out about.

Does Crossy Road Have a Clear Objective? 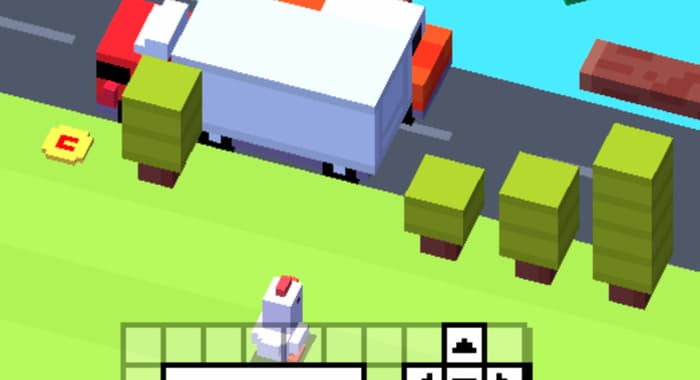 First, a brief overview of the game:

In Crossy Road, you answer the question of, “Why did the chicken cross the road” over and over again. Your chicken is plucky, clucky, and curious as you guide him across highways during rush hours, log-filled and rough rivers, and train tracks when locomotives are speeding past. In tandem with surviving these natural elements, you have to listen for the ever-hungry eagle that could attack your little bird at any time. Not to mention the ever-moving landscape that could swallow you up if you don’t keep your chick moving forward at a steady pace.

Crossy Road is the kind of endless arcade game that would have you pumping quarters into a machine in the olden days of Pac Man and Frogger. But that’s the appeal. There’s no clear-cut objective, so you can make up your own and make gameplay all the more interesting.

For example, you don’t have to geek out alone. Introduce this game to your friends and see who can survive the longest. Play in the same room on different devices and platforms. Or, implement the honor system for bragging rights when someone snags the highest score. Whatever you do though, your biggest objective should be survival in a digital world of scary manmade and nature-made elements.

How Simple are the Controls? 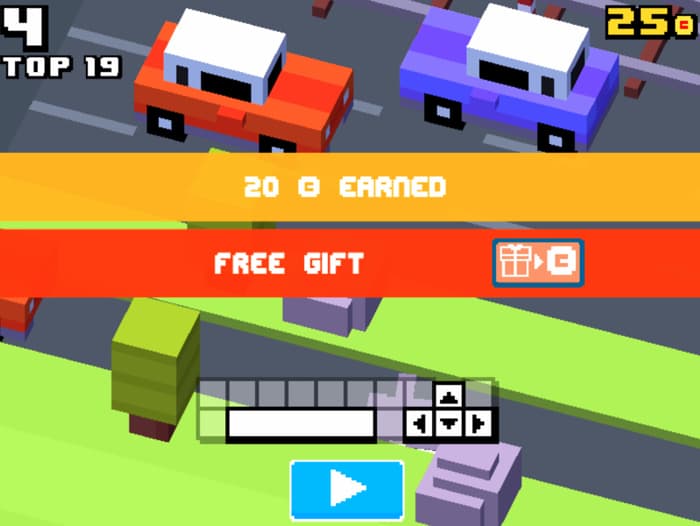 The controls to Crossy Road are probably the simplest you can get. To move your chicken forwards, backwards, or side to side, use the arrow keys on your keyboard. The spacebar spins your prize machine between turns (more on that later), and you can use the right mouse button to click the keyboard symbols on the game screen if your actual keyboard is out of commission.

Crossy Road, as aforementioned, has no cookie-cutter objective for you to fall back on during gameplay. So, you implement your own, and change your goals as you hit each new success. There are coins spread throughout the game, sometimes in random, dangerous locations, like the middle of the highways. Your mission is to maneuver your chicken through the roughest, scariest terrain to snag these coins without getting run over.

As you collect more coins, you build up a chance to take a spin on the prize machine when your chicken meets their end. The prize machine gifts you with new, unlockable characters, each with their own unique abilities. For instance, you might unlock a robot that’s a bit rusty, but indestructible when it comes to small car collisions. Or, you might unlock a slimy, quick-moving snail that takes a moment to master, lest he jolts into oncoming traffic with the speed of a jackrabbit. When you start unlocking characters, you can click the chicken in the bottom-left game screen to shift between characters and perfect all of their abilities.

One gameplay favorite of most reviewers is Lucky Cat, a kitty with the legendary 9 lives. But, while this cat seems perfect for effortless gameplay, it has its own weaknesses, such as a notable arrogance that randomly results in slow movements across busy, dangerous roadways.

Points are what determines your high score in Crossy Road. With every movement forward, regardless of what character you are, you’ll earn a point. Keep moving forward and rack up the points towards being the best of the best. While coins stick with you between turns, your points reset with each go, but the display tells you what score you reached before your character met an ill-timed demise.

As for challenges, the whole game is a challenge in and of itself. While gameplay is quick-load and smooth, Crossy Road can be a frustrating concept to master at first. You die, try again, die again, and keep trying until you perfect those parts that caused you so much grief. So, in essence, survival is THE challenge.

Why Web Play is the Best Platform for Crossy Road

While Crossy Road is available across various devices and platforms, the web, specifically the Poki platform, is one of the best game-specific avenues to load and play the game. Why? Because, with a strong internet connection, you can play in a sleek, smooth mode that is both secure and safe for whatever device you log in from.

Interested in giving Crossy Road a go? Click here to play. The best time to play is well…all the time, errr…within reason. You might not want to play when you’re supposed to be working or doing homework, but this is a great game to de-stress with. So, how about this—when you get home, fix yourself something cool to drink, then settle in for Crossy Road in a fixed, endless survival mode that keeps your mind engaged.

Would Tech-Savvies Dig This Game?

The tech aspects of Crossy Road are less prevalent than with other games, but tech-savvies would absolutely dig this game anyways. The fun outweighs the need for high-tech features. The game is well-made, with cubic graphics that give it a classic arcade appeal. The movements are smooth, the gameplay has a simple concept with a unique delivery, and the objectives are customizable. So yes, tech-savvies, and anyone else really, would go gaga over how much fun Crossy Road can be.