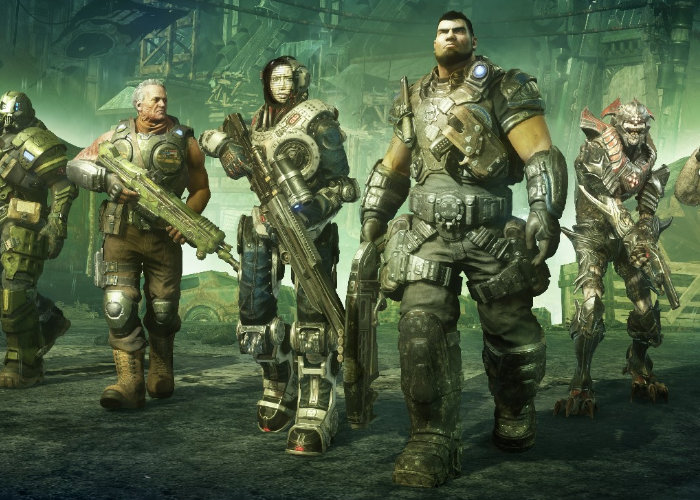 Gears fans will be pleased to know Operation 4: Brothers in Arms is available now across Xbox Game Pass, Xbox One, Windows 10 and Steam. Operation 4 marks the return of beloved characters Dom, Paduk, and the sinister Karn as part of the biggest character drop yet in Gears 5 and includes “the biggest changes we’ve seen yet in Gears 5” says the development team.

Gears 5 Operation 4 brings with it the highly anticipated, all-new Ranked System to Gears 5, and a new simplified rank to provide a clear reflection of your personal skill journey as you level up from Bronze to Masters. Characters in Operations 4 include : Dominic Santiago, Garron Paduk, Jinn-bot, UIR Soldier, Zamil Karn and Locust Grenadier

“Your rank is now determined by Gears Points (GP); the more you have the higher your Rank. Players earn GP for winning and based on your personal performance. Every match costs GP to compete, so – the higher your tier the more it costs to enter, and all ranked players will get rewards for playing. The higher players climb, the more rewards they’ll unlock.”

Features of the new Gears 5 Operation 4

– Operation 4 is available now with Xbox Game Pass and on Xbox One, Windows 10 and Steam
– Play as six new characters, including Dom Santiago, with the biggest character drop for Gears 5 yet
– Starting today, players can jump into an all-new ranking system, new maps and a revamped in-game store