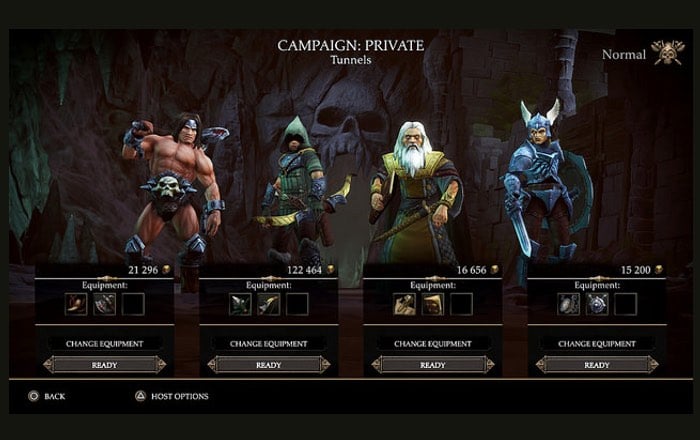 As expected the Gauntlet Slayer Edition has launched on PlayStation 4 today together with a new launch trailer providing a glimpse at what you can expect from the 4-player co-op action game.

Within the Slayer Edition Heroes can now change their special abilities by equipping different weapons, and each Hero has a total of four weapons that alter their abilities :

Ah, adventurers! Welcome! I am Morak, the only wizard powerful enough to have summoned the Gauntlet. I have seen the likes of you many times. For decades I have held the Gauntlet, watching bones of fools past turn into dust. Let’s see if you stay alive any longer than those that came before.

You’re not scared, are you? Welcome then, to the stage of your deaths! You have not seen what new horrors lurk in the darkness below.