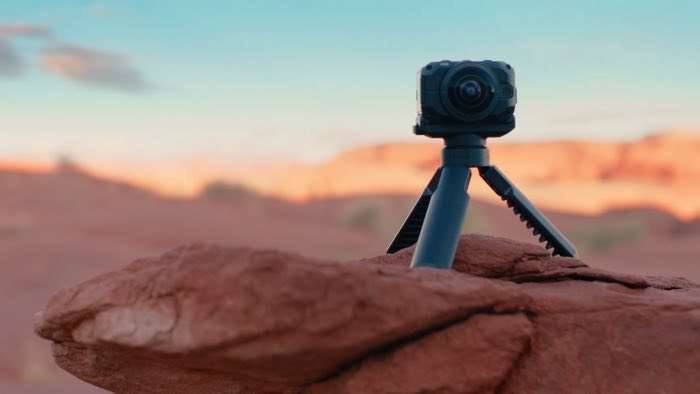 Garmin is the latest company to launch a 360 degree camera with the launch of the Garmin VIRB 360 which can shoot video at up to 5.7k.

The new Garmin VIRB 360 is capable of record 5.7K video at 30 frames per second and it can also shoot 15 megapixel photos.

“The VIRB 360 lets you relive personal experiences and share them with your friends – from a different point of view, every single time,” said Dan Bartel, Garmin vice president of global consumer sales. “VIRB 360 owners will no longer need to worry about trying to capture the perfect angle or setting up the perfect shot. The camera’s easy-to-use feature set will make even the most inexperienced users look like experts.”

Garmin offers a free downloadable VIRB Mobile app and desktop software to edit, stabilize, share and add data overlays to any VIRB 360 video content – features that make the VIRB 360 easier to use than most other 360 cameras. Boasting conveniently simple one-touch button controls, the VIRB 360 also incorporates helpful voice control4 options to start and stop recordings, snap photos and more. And to make the most of “in-the-moment” experiences, the VIRB 360 features livestream5 capabilities to post to YouTube™ or Facebook Live with a compatible smartphone or tablet

You can find out more details about the new Garmin VIRB 360 over at Garmin at the link below, it will cost $799 when it goes on sale next month.