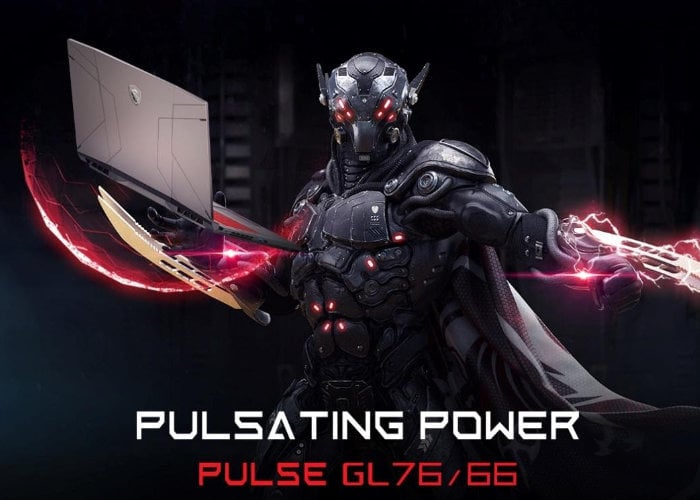 MSI has today introduced a new range of creative and gaming laptops offering the power and performance required to create on the move or enjoy your favourite game. The new MSI gaming laptops are powered by the latest Intel 11th Gen H series processors and NVIDIA GeForce RTX 3080 LAPTOP GPUs.

Creator 17 laptop
Designed to impress, the Creator 17 laptop offers a vibrant Mini LED display, powered by AUO AmLED technology, with 1,000 nits of brightness for a higher color range, it is encased in an all in a black, aluminum chassis with a sandblasted texture for a smooth finish.

MSI GP76/66 Leopard creative laptop
For those in need of powerful performance for work, game, and even engineering, the GP Leopard series is it. Receiving NVIDIA® GeForce RTX™ 3080 LAPTOP GPUs and the latest 11th Gen Intel® Core™ i7 Processors the GP Leopard is equipped with what is necessary to take on high performance tasks.

MSI GS76/66 Stealth gaming laptop
The award-winning Stealth series is back, bringing lightweight gaming power for those on the move. Beyond the GPU and CPU updates, the GS76 Stealth now has a silver hinge accent, improved battery capacity, and a new panel with up to QHD 240 Hz for better visual performance. The Front-firing Dynaudio speakers enhance the music listening experience for the user. The GS Stealth series is the ideal portable gaming and working partner.

Pulsating Power–GL76/66 Pulse gaming laptop
With a new chassis design inspired by Maarten Verhoeven, the 2018 ZBrush World Competition Champion, MSI is unveiling its new GL66 and GL76 Pulse laptops. Verhoeven gave the inspiration of titanium armor with energy for the Dragon Army to enhance their agility and flexibility. These laptops use NVIDIA® GeForce RTX™ 3060 LAPTOP GPUs along with a redesigned heat pipe and integrated MSI thermal grease that generates more airflow for lower temperatures. An independent number pad rounds out the user experience.

MSI Sword 17/15, GF76/66 Katana gaming laptop
The brand-new Sword and Katana GF series is inspired by famed Japanese illustrator Tsuyoshi Nagano, noted for his work in the “Romance of the Three Kingdoms” video game series. The MSI Sword 17, Sword 15, GF76 Katana and GF66 Katana are set to inspire users. Powered by NVIDIA® GeForce RTX™ 3060 LAPTOP GPUs and featuring independent number pads — even on the smaller 15-inch variant — the Sword and Katana GF laptops are more than just entry-level gaming configurations; they are your first partner for long-lasting battles in the virtual world.