One of the biggest downsides to gaming on the go with an iPhone or an iPad is that the on-screen controls for many games aren’t that great. Some games use motion controls, but a lot of mobile gamers don’t care for motion controls either. A new case concept has turned up called the GameCase that will add real controls to your iPhone or iPad. 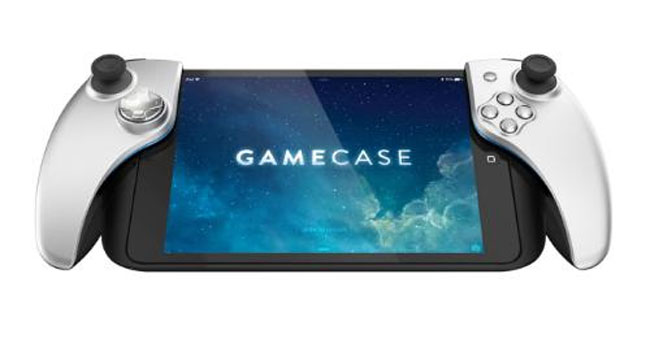 The GameCase looks a bit like an Xbox 360 controller cut down the middle with each half attaching to the right and left sides of your iPhone or iPad. The right side adds five analog buttons and an analog joystick. It also appears that the controller has shoulder buttons as well.

The left side adds another analog control stick and a d-pad. The GameCase is designed for iOS 7 and uses the Apple MFi controller framework. The designers of the GameCase haven’t announced a release date or pricing information at this time.