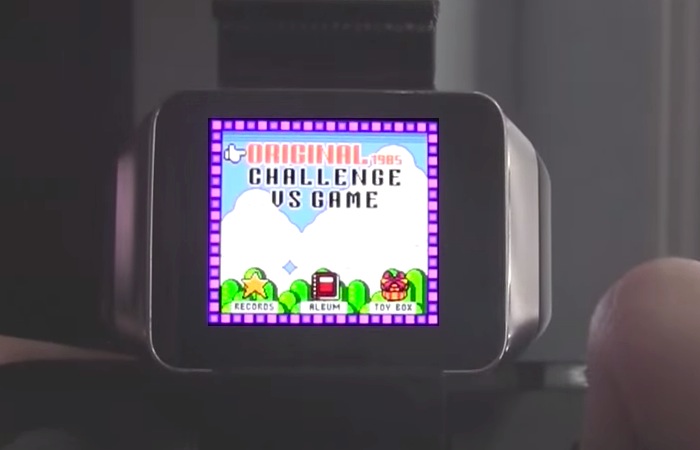 Some of our readers might remember earlier this month we featured a quick video created by 16 year old hacker Corbin Davenport who had been able to install Windows 95 onto his Android Wear smartwatch.

This week Corbin has released a new video showing how he has loaded Game Boy Color games onto his wrist worn Android Wear device, which he can play using a separate Bluetooth controller.

As you can see from the video below a MOGA Pocket controller is supported by the Android Wear OS and requires no workarounds to function with a Gear Live smartwatch. Corbin explains a little more about hacking Android Wear :

“It turns out that Android Wear isn’t as far off from normal Android as I thought – with some caveats, it’s possible to install plain Android apps manually. So I published a video of Minecraft Pocket Edition on my watch, which became somewhat popular. I’ve made a few more videos since then, my most popular one (currently) being a demo of Windows 95.”

For more information on how you can hack your Android Wear devices and operating system to be able to run games and other OS’s jump over to the Corbin Davenport website for more details.