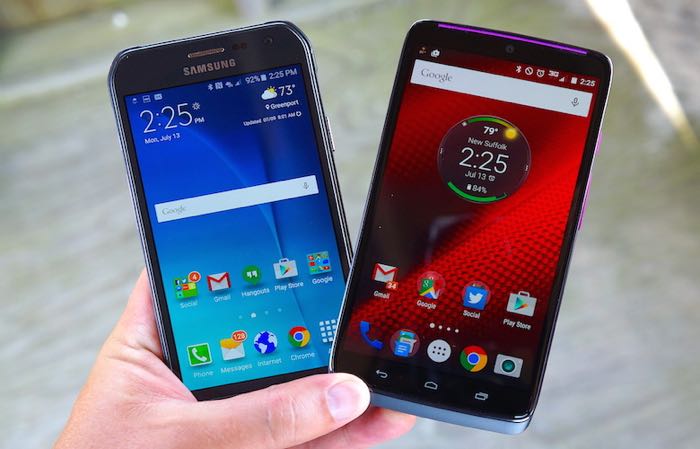 We have already seen a video of the Samsung Galaxy S6 Active compared to the Galaxy S6 and now there is another one showing the handset against the Motorola Droid Turbo.

The video below was put together by the guys over at Pocket Now and it compares the two handsets side by side.

The Samsung Galaxy S6 Active comes with a 5.1 inch display that has a Quad HD resolution of 2560 x 1440 pixels, the device also comes with an octa core 64-bit Samsung Exynos 7420 processor, there is also 3GB of RAM and 32GB of built in storage.

Other specifications ion the handset include a 5 megapixel front facing camera and a 16 megapixel rear camera, the device is designed to be rugged and also waterproof and it comes with Android Lollipop and a 3500 mAh battery.