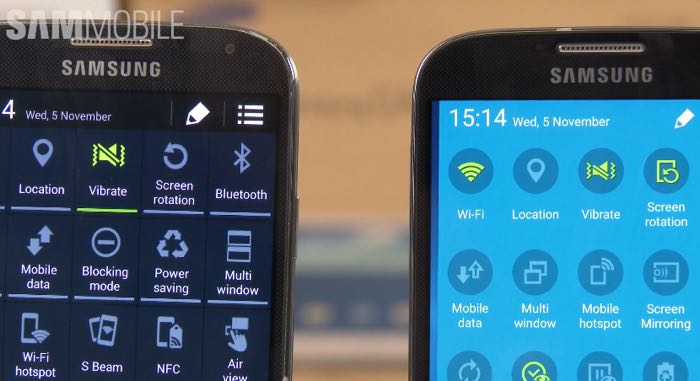 Last week we saw a couple of videos of Android lollipop running on Samsung’s Galaxy smartphones, which included the Galaxy S4 and also the Galaxy S5.

As you can see from the video, there are considerable differences between Android KitKat an Android Lollipop, the build of Lollipop in the video is an early one, so there could be some changes before the update is released by Samsung.

Samsung has yet to give exact dates on when the Android 5.0 Lollipop updates will be released, although we know that the update for the Galaxy S5 should land before the end of the year.

The Samsung Galaxy S4 Android Lollipop update is expected to be released in early 2015, as soon as we get some more details onj exactly when it will be available, we will let you guys know.