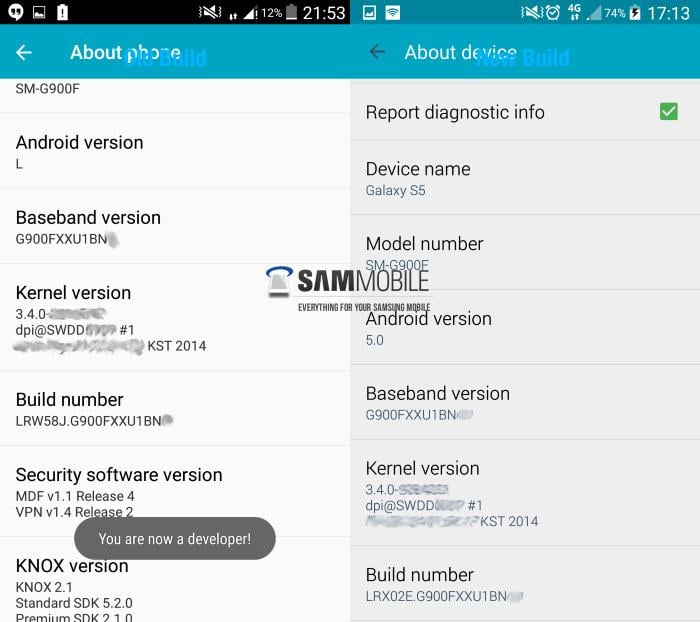 Google has announced their latest Android 5.0 Lollipop operating system, which is set to debut with the Nexus 6 and Nexus 9. Other top Android manufacturers have already confirmed they are going to release the update for their flagship devices in the coming months.

Samsung appears to be one of them, and is expected to roll out the Android 5.0 Lollipop update for its flagship Galaxy S5 next month, along with the Galaxy Note 4. Recently, the folks at SamMobile managed to get their hands on the latest Android 5.0 Lollipop build for the Samsung Galaxy S5.

The latest update bumps the build version from LRW58J to LRX02E, but it seems its not the final build from Google and is still missing the Lollipop branding, but it do changes from Android L to 5.0.

The update still has a few irregularities as they mentioned, and is not safe to use as a daily driver. Let’s hope Samsung delivers the update on schedule this time for its flagship devices.