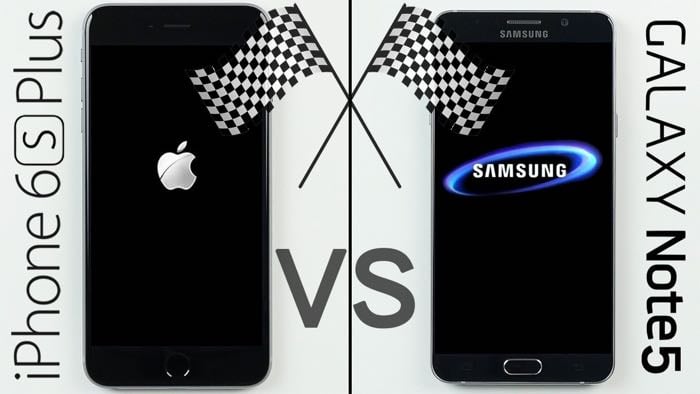 The iPhone 6S plus and Samsung Galaxy Note 5 are Apple’s and Samsung’s flagship handsets, now we have a video from the guys over at PhoneBuff comparing the two devices.

In the Galaxy Note 5 vs iPhone 6S Plus video below we get to see the two handsets side by side and find out which of the two devices is faster.

As we can see from the video the Samsung Galaxy Note 5 started in the lead when launching apps, but as things progress the iPhone 6S Plus is faster in some tasks.

What is interesting that in the second round of tests, with more apps open, the iPhone 6S Plus is in the lead and appears to be faster than the Galaxy Note 5.

The iPhone 6S Plus features 2GB of RAM and the Galaxy Note 5 features 4GB of, so you would have thought that the Note 5 would be the faster of the two handsets. Have a look at our iPhone 6S vs Samsung Galaxy S7 comparison.