Last month at IFA 2013, Samsung unveiled the upgraded Galaxy Note 10.1 tablet alongside Galaxy Note 3 and Galaxy Gear. The tablet went on sale in the US earlier this month and look like the tablet is ready to hit the shelves in UK. A new image surfaced on the internet that shows Samsung Galaxy Note 10.1 (2014) on display at a UK retailer with a listed price of £499 for the 16GB model. 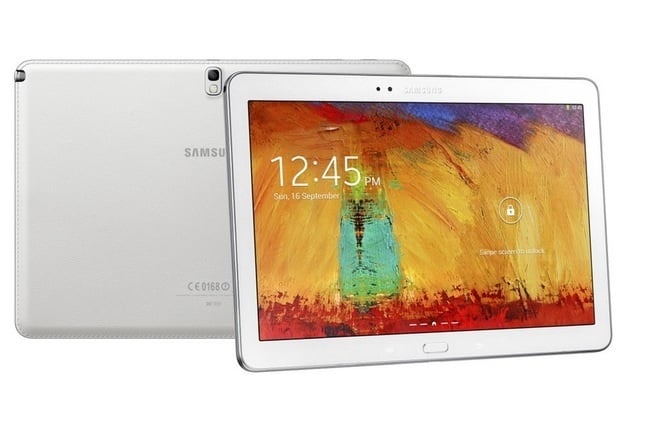 The image was sent to the folks at Android Central by a reader showing the tablet on display at Curry’s/PC Word in the UK for £499 for the 16GB WiFi model. According to the same source, the tablet is expected to hit the shelves this week. Interestingly, the processor is listed as quad-core which could be a typo as the version launched in US is octa-core. Samsung is also shipping Snapdragon 800 version of the tablet in a few markets as well. 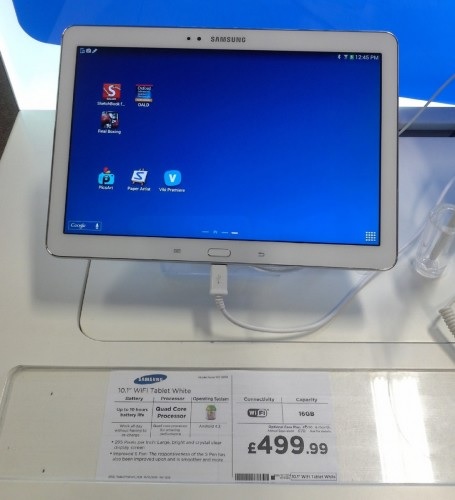