I have often wished that I could get Hulu or other streaming video sources on my TV, but I lack a media player that can do that or wireless streaming tech for my computer. If you are a gamer that needs a new video card, Galaxy has unveiled a very interesting NVIDIA GTX 460 card dubbed the GTX 460 WHDI Edition.

The new video card will ship in October and its cool feature is that it has built-in wireless streaming that will send any video content to your TV. At the TV, a wireless receiver connects to receive the streamed video. That means you can watch Hulu or even play a PC game using your TV in the living room. 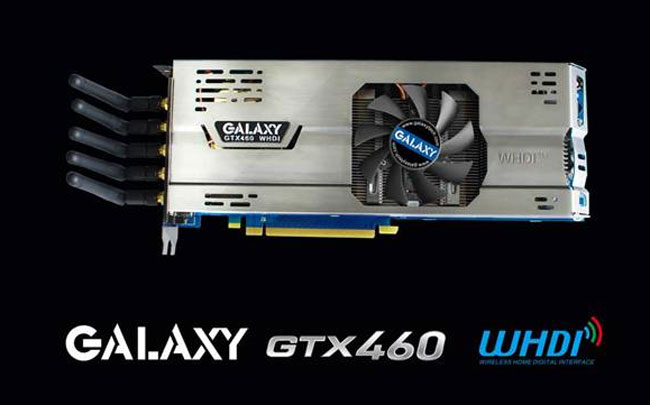 The video card also has HDMI, DVI, and DisplayPort outputs and features five antennas for a robust wireless connection. The card has under a millisecond of latency so video will be smooth and crisp. The video card uses wireless streaming tech from AMIMON and sounds really cool. Galaxy is mum on pricing at this point, but the card will have a premium attached to it for sure.