This week FXI has unveiled its new Cotton Candy device which is a new USB stick capable of transforming HDTV, laptops, phones, tablets, or set-top boxes into dumb terminals for the devices Android operating system to run.

The Cotton Candy device, is equipped with a USB 2.0 connector at one end and a HDMI jack on the other. Its powered by a dual-core 1.2-GHz Samsung Exynos ARM CPU, which is the same one used in the Galaxy S II. 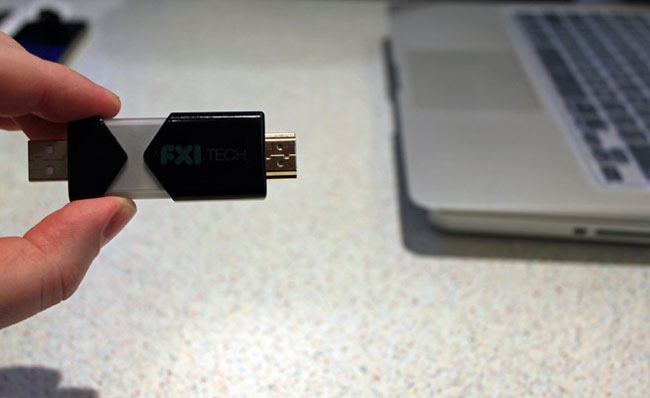 To run the Android device simply plug it into your TVs, or devices HDMI port. The small device will then use this port for video and will take the power it requires from a USB connection. Its also equipped with Bluetooth allowing you to connect a keyboard and mouse of your choosing.

Once connected the FXI Cotton Candy USB stick can output 1080p video and will run the pre-loaded Android 2.3 OS at its native resolution. The tiny device is also fitted with an microSD card slot to provide memory and has connectivity provided by 802.11n Wi-Fi.

Unfortunately no information on pricing or worldwide availability has been released as yet by FXI. But its thought that the device will be priced around the $200 mark once launched. As always we will keep you updated.

For more information about the FXI Cotton Candy Android USB 2.0 system jump over to the Laptop Mag website.