A new futuristic concept high-speed bullet train named Mercury, has been designed by Priestmangoode and unveiled in the UK. The new design would be capable of speeds upto 225 mph.

The London based design studio have created the design to entice the UK goverment in upgrading the UK’s older locomotives. 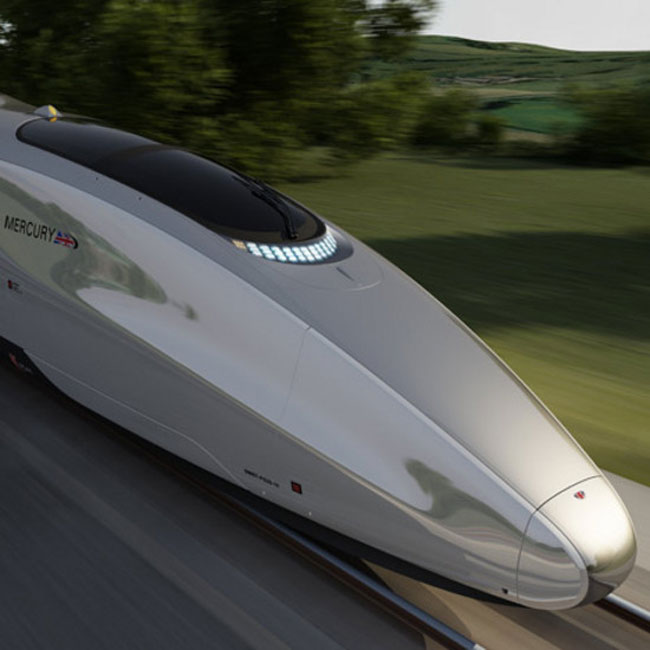 At 400 meters long the Mercury has two passenger decks and its aero dynamic nose design is the longest of any train in the world. 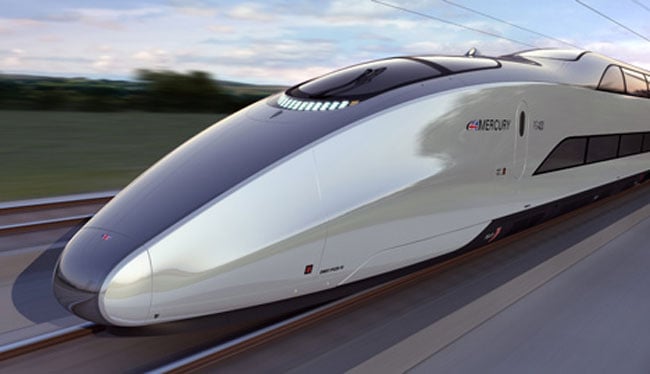 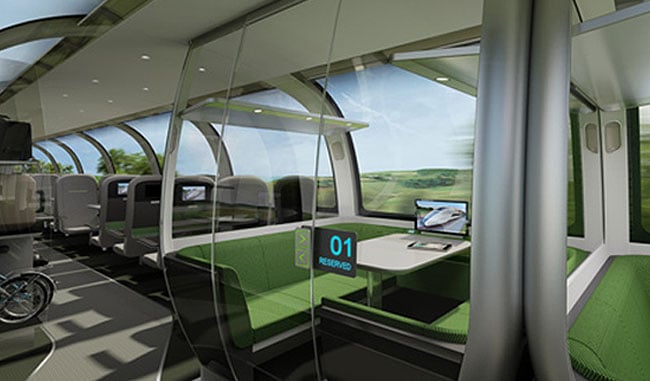 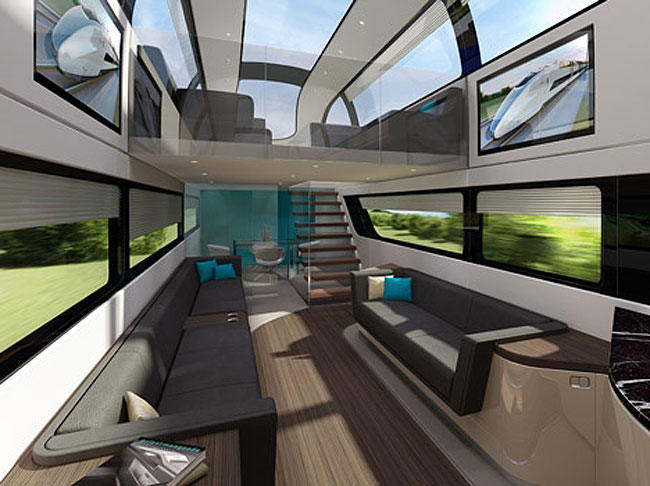 Priestman believes his Mercury Bullet train concept, could be the new Great British design icon, following in the footsteps of Concorde, the Spitfire and  Rolls Royce, to name a few.