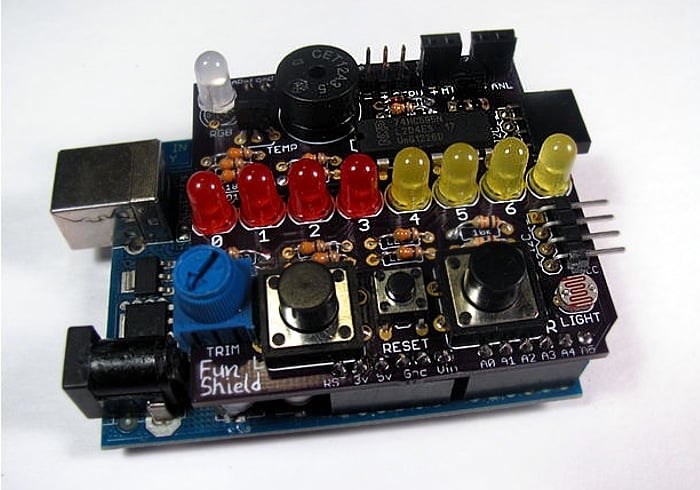 If you enjoy teaching others to use the Arduino platform or our learning yourself, you might be interested in a new device which has been created called the FunShield Arduino Educational Platform kit.

The FunShield Arduino educational kit has been created to provide Arduino novices with easy access to input devices such as a potentiometer, photocell, push buttons, and a temperature IC.

The FunShield Arduino Shield also includes outputs in the form of 8 x standard LEDs, an RGB LED, and a piezo speaker, allowing those new to the Arduino platform to carry out a variety of projects with ease to quickly learn what can be accomplished with the easy to follow Arduino code.

For those new to Ardunio, Arduino is an open-source electronics prototyping platform based on flexible, easy-to-use hardware and software and has been developed for hobbyists and makers to easily be able to create electronic projects to suit a variety of applications.