Here at Geeky Gadgets weve featured some fantastic Lego creations, from circular saws to iPad stands and here’s another to add to the list. A Lee Enfield bolt action sniper rifle made completely from Lego that even fires Lego bricks.

Created and built by Jack Streat who has made a number of different Lego weaponry in the past, admits that this creation is his best to date. Check out the video to see it in action after the jump. 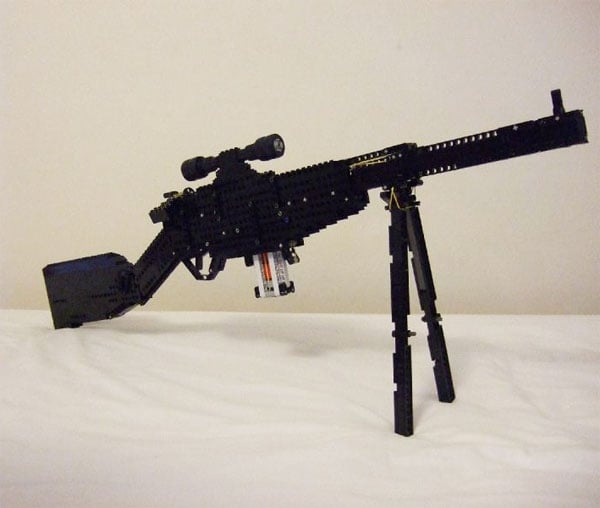 Not only is the detail on the sniper rifle fantastic they can also includes a fully working bolt action allowing you to load Lego bricks into the barrel. Every time you need to load a Lego round, flick the bolt lever up, pull it backwards, push it forwards and flip it down.

This motion will then extract a 1×4 Lego brick from the magazine, pull back the ‘hammer’ (rubber band), insert the brick into the chamber and hook the rubber band onto the back of the brick ready to fire.

For more details and to view Jacks other creations check out his page on mocpages.com