Slingshot Master Joerg Sprave has been at it again this week weaponising hand held power tools by Black & Decker to create weird and wonderful automatic weapons.

This week Sprave has used a rechargeable handheld screw driver to create a full auto Slingshot Minigun which is capable of shooting commercial pistol crossbow bolts from its eight barrels. Watch the video after the jump to see it in action. 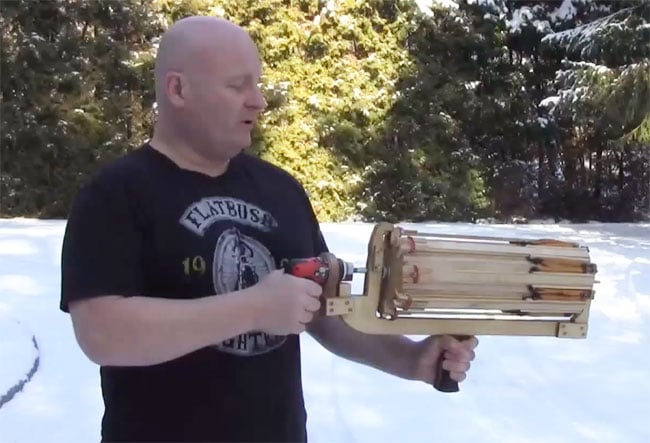 Joerg Sprave explains : “The new gatling gun is much smaller, and no longer powered by a hand crank: A Black and Decker power screwdriver turns the barrel drum. True assault rifle feeling! The surprisingly accurate weapon isn’t maxed out in terms of band strength, but the little bolts easily penetrate the original B+D metal box for the power screwdriver.Two HiSpeed super slomos show the action of the wheelgun in detail.”