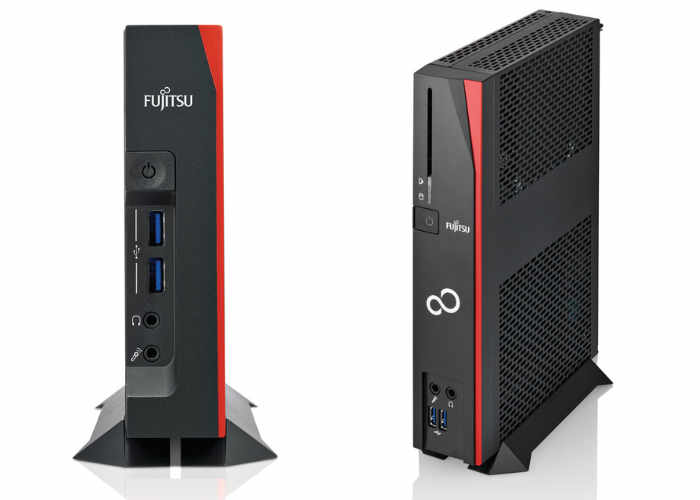 The latest FUTRO mini PC systems now feature a smaller chassis for the S740 that has been reduced by about 63 percent compared with the previous S720/N model. While still offering the same level of interfacing and expandability. “Making the chassis more compact has reduced its desktop footprint for a refined-looking layout. With the addition of a custom-made mount kit, it is now also possible to attach the client chassis directly to the VESA mount of an LCD display, allowing users to maximise their use of work station space” says Fujitsu.

Fujitsu is also offering enhanced security solutions to stop unauthorized access on account of third party identity fraud and data leaks resulting from USB memory stick connections, or other external devices. SMART ACCESS – Integrated Authentication Software. For more details jump over to the official website by following the link below.