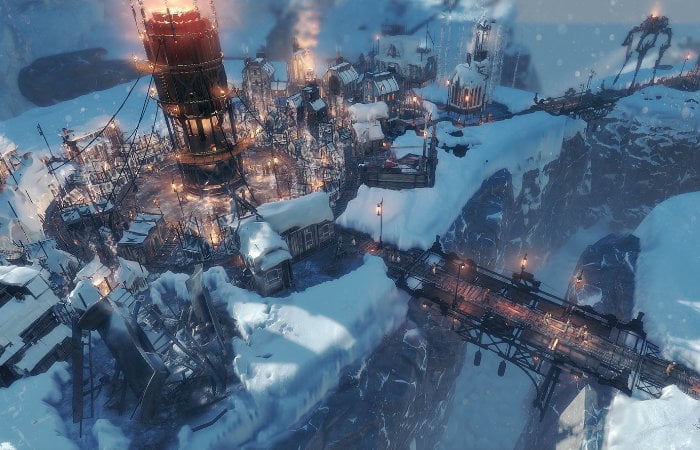 3D Artist Bartosz Sobolewski from games developer 11 bit studios has taken to the official PlayStation blog to reveal more details about the new Frostpunk The Last Autumn expansion for the popular city-builder survival sim, strategy game. The new expansion will be available to play later this month from July 21st 2021 onwards providing a cold refreshing remake where the developers have “flipped the table and messed up with the core visual elements from the base game. Green leaves replaced white snow, and since we never imagined Frostpunk without it, it proved to be more challenging than just changing the weather.” Check out the announcement trailer below to learn more about what you can expect from the latest expansion to the Frostpunk game.

“At 11 bit studios, we are making games in which art amplifies the design message. In the Frostpunk strategy game we used the art design to establish that grim, unforgiving, and palpable bleakness that echoes throughout the events we portray. Lighting and colors, stylized parts of UI, particles, or even architectural forms – all those served that purpose. Royal and steel shades of blue dominate Frostpunk’s palette, and all colors are cold and bleached. “

“Every morning in the game’s daily cycle serves as a ray of hope, so we made those a bit different and uplifting. But then minus 60 degrees comes in and everything is back to being desperately normal. Meanwhile, dark UI splashes in the Book of Laws or at story events screens, which can resemble coal which is, after all, the main resource in the game, were stressing the gloomy tones. And details like dirt on the buildings, frozen edges of the screen, sharp shards floating in the air proved to be very useful in maintaining the mood.”

For more information about the new Frostpunk The Last Autumn strategy game expansion jump over to the full article on the PlayStation website.