The new From Dusk Till Dawn series will be a Netflix exclusive in Canada, Ireland, The Netherlands, Nordic European territories and the UK, Variety reported earlier this month. 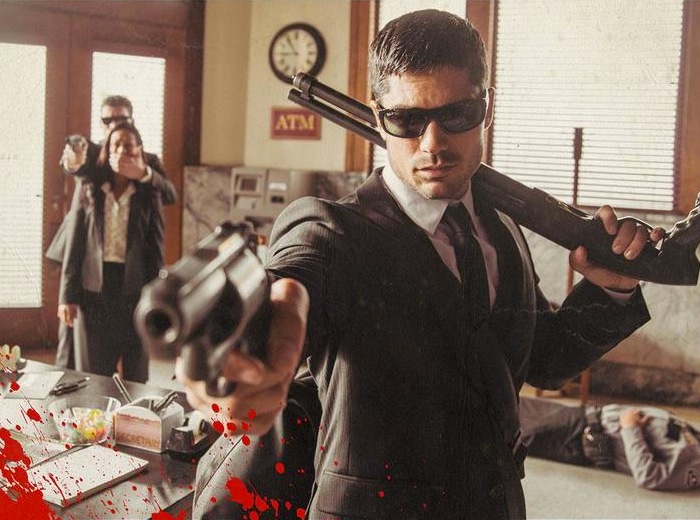 However unlike other Netflix originals that are published for viewing all at the same time allowing you to watch the complete series in one sitting if you have the time. The From Dusk Till Dawn series will be published to Netflix one episode at a time on a weekly basis.

The series plot for From Dusk Till Dawn follows a similar line to that of the movie staring George Clooney, Quentin Tarantino, Harvey Keitel and Juliette Lewis :

“In this supernatural crime series, Seth Gecko and his violent, unpredictable brother, Richard “Richie” Gecko, are wanted by the FBI and Texas Rangers Earl McGraw and Freddie Gonzalez after a bank robbery left several people dead.

Heading for the Mexico border, the Geckos encounter former minister Jacob Fuller and his family, whom they take hostage by commandeering the Fuller’s RV. Drug lord Don Carlos reroutes them to a strip club populated by vampires that all must fight until dawn in order to survive. The series adds to the tone of the film, with new characters and backstories, while expanding the creatures’ Mesoamerican mythology.”