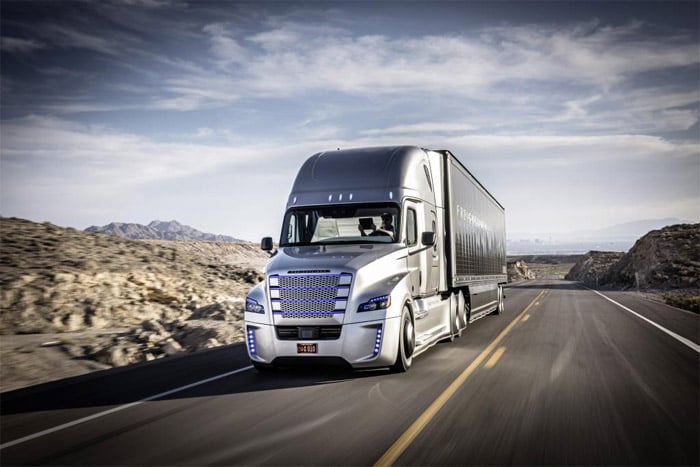 Many of the big rigs we see cruising the highways around the world each day are made by Freightliner. Freightliner has announced the next step in bringing new autonomous truck technology to market with a vehicle called the Freightliner Inspiration Truck. The truck has become the first autonomous driving big rig to be licensed in the US.

Freightliner was granted a license for two Inspiration trucks to operate on the highways of Utah. The trucks have Freightliner’s Highway Pilot system. The system uses radar and stereo cameras along with sensors to automate many driving tasks when the truck is safely cruising the highway. When the truck is able to go into Highway Pilot mode the driver is notified on the instrument cluster.

The truck then takes over throttle keeping the truck a safe distance from traffic in front and can even handle stop and start traffic. Highway Pilot is also able to keep the truck in its own lane. The system can’t pass, change lanes, or exit the highway. If the road conditions change due to construction or weather, the system will warn the driver to take over. Highway Pilot isn’t to the point where the driver can tune out or doesn’t have to be behind the wheel while in operation.