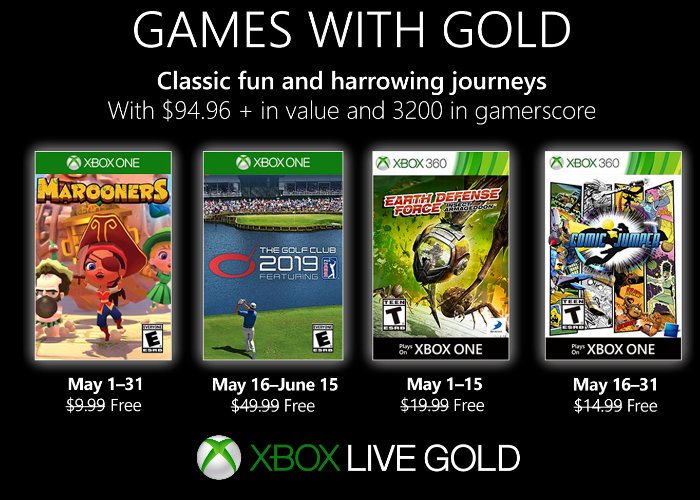 Major Nelson has announced new free Xbox games that will be available next month during May 2019 for those of you that subscribe to the Xbox Live Gold service or the new Xbox Unlimited subscription service. The free Xbox game will be available as free downloads for qualifying Xbox Live Gold members in all markets where Xbox Live is available. Although some regions may offer different titles depending on market availability.

Once again Microsoft has made available to free games on Xbox One and to free games on Xbox 360 which will also be available to play on the Xbox One console thanks to Microsoft’s Backward Compatibility technology. On Xbox One, Xbox Live Gold members can download Marooners normally priced at $10 for free during the month of May, together with The Golf Club 2019 featuring PGA TOUR normally priced at $50 will be available as a free download from May 16th to June 15th.

For more details on all the free Xbox games coming next month jump over to the official Xbox Wire website.