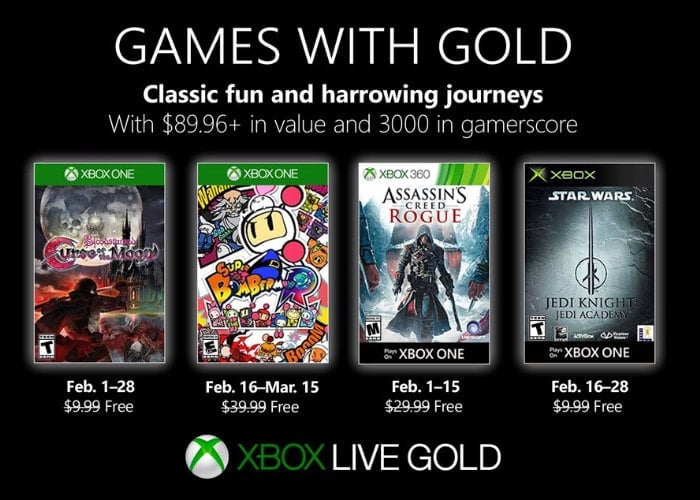 The Xbox team has today announced the free Xbox games that will be available with an Xbox Gold membership next month during February 2019. As usual four new free games will be made available two on Xbox One and two on Xbox 360, with Xbox One gamers capable of playing the two Xbox 360 games using the Backward Compatibility service created by Microsoft.

“Play together with Xbox Live Gold. February’s 2019 Games with Gold lineup for Xbox One includes: Bloodstained: Curse of the Moon and Super Bomberman R. For Xbox 360 owners (and through Xbox One backward compatibility), February kicks off with Assassin’s Creed Rogue, followed by Star Wars Jedi Knight: Jedi Academy. February’s lineup provides over $89 dollars in value and up to 3000 in gamerscore.”