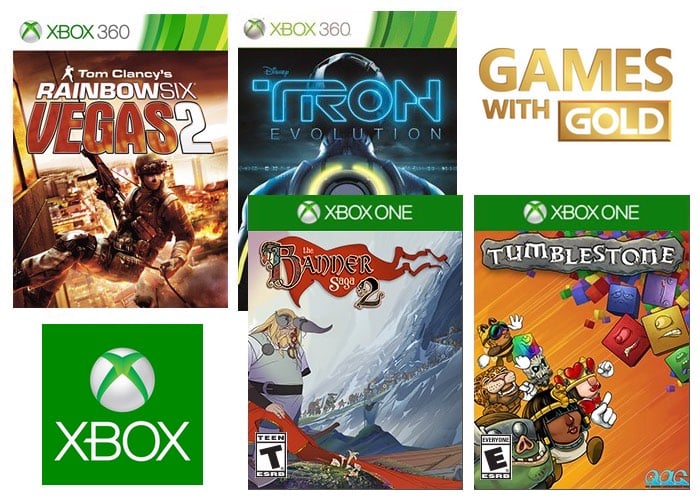 Major Nelson today announced new games for its Gold Xbox Live Games for July 2016, revealing the next four games that will be available for Xbox Gold members to enjoy. Taking the form of The Banner Saga 2 for free during the month of July, saving you $20.

Together with Tumblestone which will also be available as a free download from July 16th to August 15th on Xbox One, again for free saving you another $20. Xbox Live Games on the Xbox 360 you can enjoy playing Tom Clancy’s Rainbow Six Vegas 2 and TRON: Evolution.

Thanks to the recently launched Xbox One with Backward Compatibility feature, Xbox One gamers can also enjoy playing the Xbox 360 titles on their next-generation consoles. Major Nelson explains more :

More details on all the Xbox One games that support Backward Compatibility jump over to the official Microsoft Xbox website via the link below.