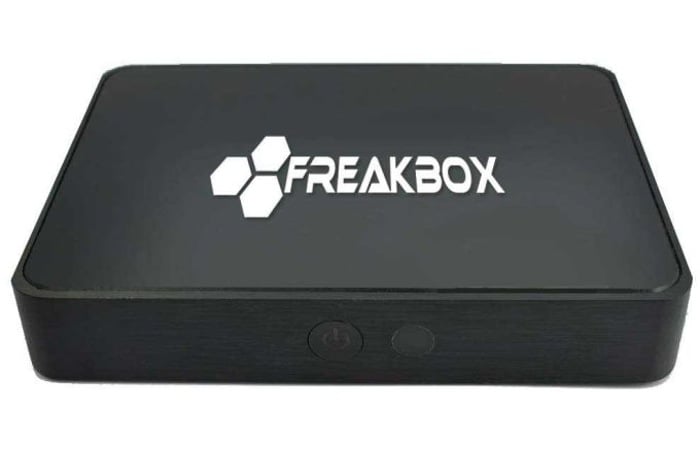 Late last month the FreakTab team unveiled their new Freakbox Android TV box project which they were planning to launch priced at around $149, and has been designed to work with FreakTab firmware out of the box.

However now the development team has launched the Freakbox nearly $50 cheaper than expected and has dropped the price to just €77 or around $103.

The Freakbox is powered by a Rockchip RK3188 ARM Cortex-A9 quad-core processor supported by Mali-400 graphics and 2GB of RAM and includes 8GB of internal storage. As well as offering a larger version equipped with 32 GB of storage.

Both of which include a microSD card slot which can be used for storage expansion when required, adding another 32 GB of storage using microSD cards. Other features of the Freakbox Android TV box include connections for 3 x USB, HDMI, S/PDIF as well as 802.11n WiFi, 10/100 Ethernet, Bluetooth 4.0 connectivity. Its creators explain a little more:

“The hardware design is based on stringent specifications from Freaktab developers, based on our experience in development for several brands and models of TV sticks and boxes. We’ve taken all of what we’ve seen and integrated the best of the best into the Freakbox. The firmware design comes from our creative dream team of developers, also built, from scratch… from the kernel and system to all of the UI design and artwork.”

The Freakbox is supplied running a custom version of Google’s Android 4.4 KitKat operating system which is pre-rooted. The Android TV box measures 160 x 117 x 26 and uses 3 to 4W of power while active, 1W in standby and 3W while idle.