Since huge FPS franchises are rolling out this year, it comes as no surprise that XCm have outed a particularly attractive keyboard mouse combo. Take note, however, as this isn’t your regular keyboard mouse combo—it’s specifically tool for us ein console gaming. Since shooting terrorists/aliens/bad guys in general/Ultranationalists is often better on a console, XCM have come up with a nice conversion controller that brings PC flexibility to the gaming experience. 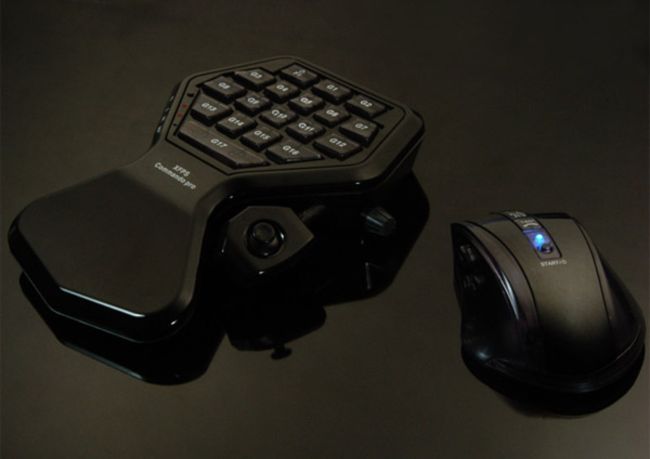 The XFPS Commando PRO tandem consists of a miniaturized 18 button keypad based on a Logitech design plus an optical mouse. The XFPS Commando are also unique thanks to a special feature that allows instant connectivity to a console. That way, there’s less hassle.

To date, the XFPS Commando PRO is just being previewed to an admiring audience who’d forsake the usual joysticks. There’s no word yet on pricing on release, ut expect it to be right on time once Modern Warfare 3 rolls in.