Today Foursquare has announced the launch of its new Foursquare Advertising Platform which its 1.5 million registered merchants will now be able to enjoy and use to attract potential Foursquare users as customers.

Only last year it was thought that Foursquare was on its way to bankruptcy and was unable to create a sustainable business model that would support it into the future. 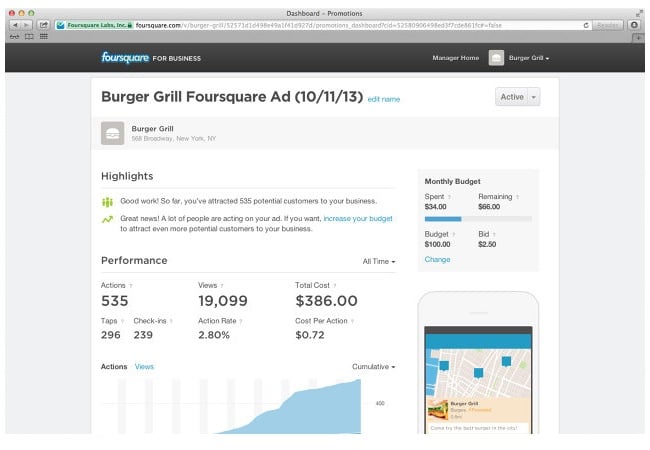 However in the last 12 months the Foursquare service has gone from strength to strength and secured financing to the tune of $41 million and gained equity interest from the likes of American Express and Microsoft to name just a few.

The new Foursquare advertising platform has been designed to provide small businesses with the ability to “close the loop” and track which advertisements are working and bringing in new customers to their businesses. Foursquare chief revenue officer Steven Rosenblatt, a little more:

“[Merchants] are so confused in the market as to what they’re actually getting: Are ads actually driving customers? We’ll take all the guesswork out,”-“It’s pretty simple: People see an ad when they’re by your business, and it drives them into the store. They’re seeing real customers–real ROI.”

For more information on the new Foursquare advertising platform  jump over to the Foursquare website for details.