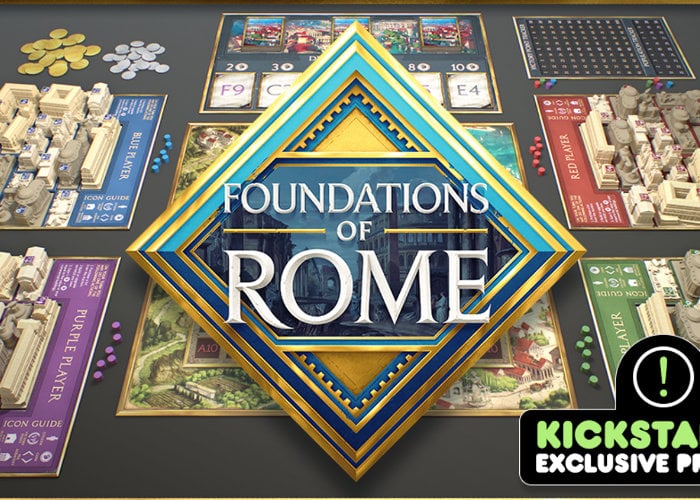 The Foundations of Rome board game created by Arcane Wonders has now come to the end of its Kickstarter campaign raising over $1 million thanks to over 8,000 backers. But don’t worry if you missed out late pledges are still available from $99 offering a chance to play the unique “elegant and intuitive city building game” designed by the award-winning Emerson Matsuuchi.

“The city-building board game Foundations of Rome puts you into the role of an architect competing to own land and build magnificent structures! Build domūs and insulae, fountains, foundries, and more to increase your renown – gaining glory for yourself and the empire! With 96 wonderfully detailed miniatures in the base game, Foundations of Rome is a testament to the glory of Rome that you can bring to the table.”

For more details on the Kickstarter exclusive game and to make a late pledge from $99 jump over to the official Kickstarter campaign page by following the link below.