The Fo̱s has been designed to be the worlds first truly wearable, affordable LED display system and has been designed by Anders Nelson from San Francisco in the US. Watch the video after the jump to see it in action and learn more about the new project which is looking to make the jump from concept into production. 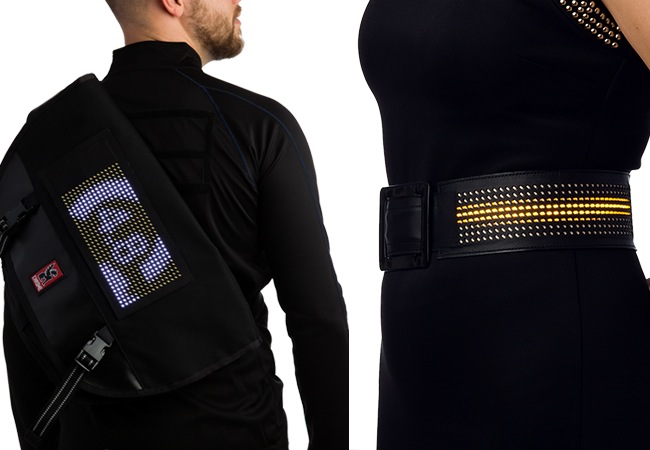 “Fo̱s is a new paradigm in visibility. It’s a Velcro-lined fabric patch that contains a super-bright LED grid you can program through your phone, wirelessly. The LEDs’ brightness will keep you visible and its video-stream capability will keep you noticed. You may not realize you’re wearing it since it weighs less than a golf ball and feels like normal fabric.

The technology inside Fo̱s is remarkable, and using it is beautiful. Your clothing and accessories can now bear the ever-changing, radiant designs you’ve been dreaming of. With 64K shades of light for each and every pixel, gradients, 3D objects and other artwork are at your command. The 60+ frames-per-second processing power makes all movement smooth as the fabric it’s mounted to.”