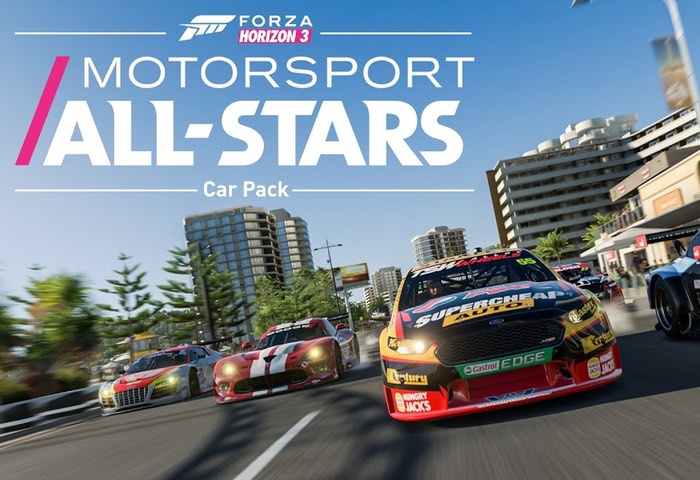 The 10 news cars mark the first time that purpose-built race cars have appeared in the Forza Horizon series and include cars from Australian V8s to Ford’s latest Le Mans winner.

The Forza Horizon 3 Motorsport All-Stars Car Pack is available to purchase as either a standalone or will come as part of the Deluxe and Ultimate Editions of Forza Horizon 3 at no additional charge.

The Motorsport All-Stars Car Pack brings an entirely new sense of speed to the highways and byways of Forza Horizon 3. Forza Horizon 3 is a racing video game set in an open world environment based in Australia, with the map said to be twice the size of the map in Forza Horizon 2, ranging from Surfers Paradise to Byron Bay, even to the Australian Outback.

The game features a four-player co-operative multiplayer campaign. The game features cross-platform play, as it is a part of the Xbox Play Anywhere program. A total of 350 cars are available to players at launch – the most amount of cars to be featured in a Horizon game.