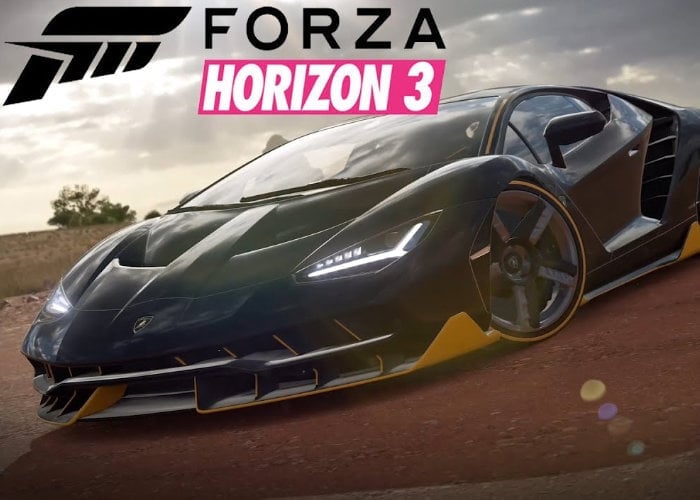 After its official release back in 2016, Microsoft has this week announced that the PC and Xbox racing game Forza Horizon 3 is coming to its “end-of-life” and is now heavily discounted on the Microsoft store and will be removed from sale on September 27th 2020.

Gamers who have already purchased Forza Horizon 3 will still be able to play although no DLC content will be available to add to the base game after it is removed from sale. So if you are considering grabbing the DLC’s before they are removed jump over to the Microsoft store.

Forza Horizon 3 is available for both Xbox One and PC systems and received universal acclaim from critics upon release. The Xbox One version holds an average critic score of 91/100, based on 91 reviews, making it the second highest-rated Forza Horizon title to date, only behind its direct sequel, Forza Horizon 4, which was released in 2018.

“Forza Horizon 3 is a racing video game set in an open world environment based in a fictional representation of Australia. The gameplay world is expansive, twice the size of its predecessor in the series Forza Horizon 2, and includes locales such as Surfers Paradise, Byron Bay, Yarra Valley, Woods Point, Coober Pedy and the Outback. Players compete in various events around the game’s world, including various forms of races, time trials, drifting, and Bucket List Challenges. During Bucket List Challenges, the player is given a specific car and task. For example, the player may need to reach a certain top speed in the Ford GT before time runs out. Players can also find billboards throughout the gameplay world, which, when driven over, award the player with experience points or discount on fast travelling. Upgrades and vehicles can be purchased through any of the game’s festival sites. Here the player can also choose to expand a site with additional events as they progress. A total of 350 cars are available to players at launch.”