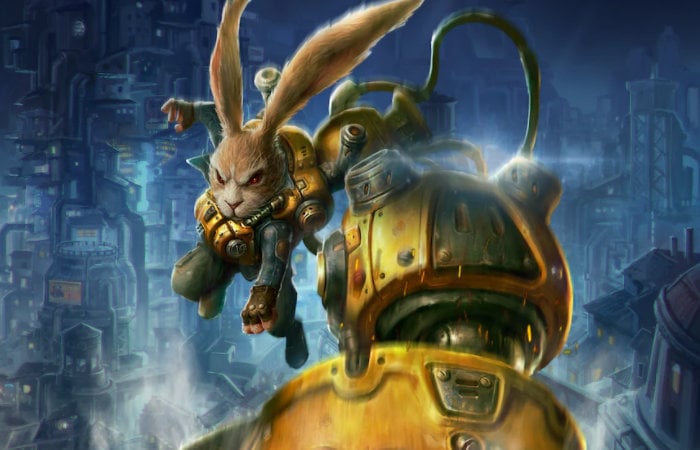 Ahead of the launch of indie arcade action, platformer game F.I.S.T. Forged In Shadow Torch next month on the PlayStation 5 and PlayStation 4. Xuedong Song Lead Designer at indie game studio TiGames has taken to the official PlayStation blog to reveal more details about the action platformers mechanics and “satisfying combo system“.

F.I.S.T. Forged In Shadow Torch will be officially launching on the PlayStation platform on September 7th 2021 and is now available to preorder by following the link below.

“At the beginning, we made it clear that the combat system in F.I.S.T. should be designed to provide an arcade-style action experience. Apart from our crazy love for the arcade scene when we were young, the characteristics of arcade games are also fascinating: those combat systems are easy to understand and become confident with. Players can have fun in these games very quickly. This is the kind of game experience we want our players to have in F.I.S.T.”

“One button covers three key attacks: a powerful strike at the battle’s start, a set of continuous attacks during, and a gorgeous Execution at its end. The functions and visual effects worked as one, giving the sensation of an arcade experience. We were very satisfied with it.”

“After the animals of Torch City were defeated by the invading Robotic Legion in the Resistance War six years ago, former Resistance fighter Rayton the rabbit has kept a low profile. The arrest of a friend meant he had no choice but to put on his giant metal fist and fight against those oppressing him. Little did he know that he would soon be caught up in a maelstrom of conspiracies involving the Legion, the Resistance, and the Rat Gang.”