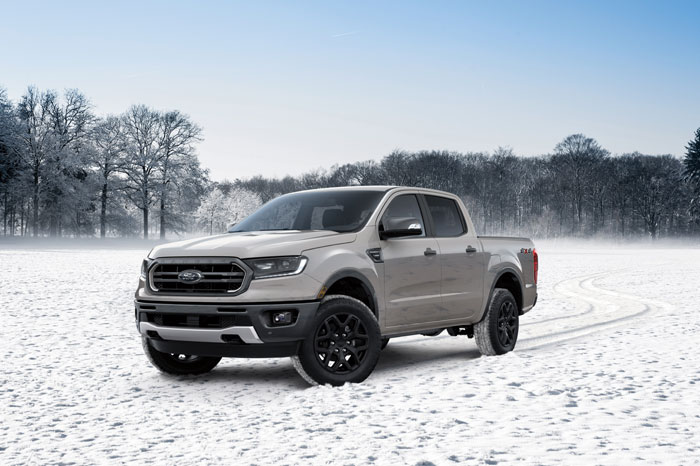 Back in the 90s, when the Ford Ranger was a very small and inexpensive pickup, the automaker made a version of it with a step-side bed called the Splash. Those little trucks were very popular, and several months ago, Ford announced the Splash limited-edition trucks would return for 2022. Ford has now offered additional details on the 2022 Ranger Splash Limited Edition Colors.

The colors will include the Snow Edition, Forest Edition, and Sand Edition. Pricing for the Splash Limited Edition packages is $1495. The Snow Edition has an exterior color called Avalanche with Magnetic accents. The truck has Ash Gray accent stitching, and carbon weave tuxedo stripes bolsters on the seats. Only 750 Snow Edition vehicles will be built, and they will be available starting this spring.

The Forest Edition will come in the summer of 2022 and features a Forged Green exterior color with magnetic accents and red grille nostrils. The cloth seats have Ash Gray accent stitching and carbon weave tuxedo stripes and bolsters. Ford says it will build “around” 500 Forest Edition vehicles. This fall, the Sand Edition will launch with an exterior color called Desert Sand with the same magnetic accents and red touches. It will have the same seats inside, and 500 will be made.