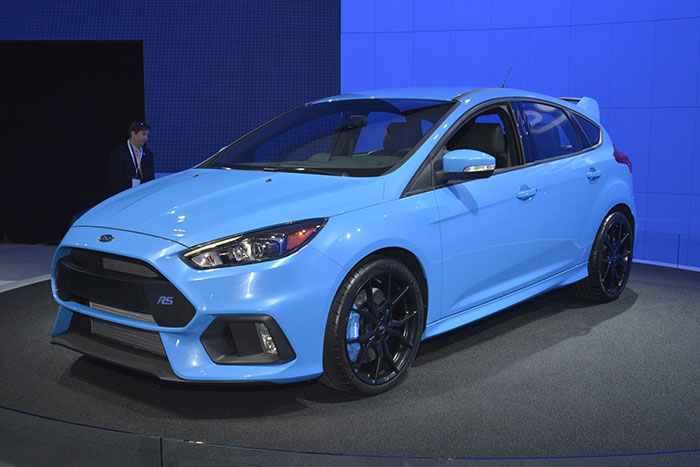 Ford has released a couple new performance specs for its slick hot hatch, the Focus RS. The specs include a top speed of 165 mph and the fact that the car can blast form a standstill to 62 mph in 4.7 seconds. Those performance numbers make the 2016 Ford Focus RS the fastest RS car ever produced. Ford has also confirmed the starting price of the car.

Last month the configuration website for the car leaked hinting at a starting price of $36,605 and Ford has now confirmed that starting price. Another interesting tidbit is that Ford is now saying that the car is projected to have 350hp and 350 lb-ft of torque.

Previously the Focus RS was tipped to have 345hp. It seems Ford is thinking about tweaking the power rating slightly. The car still gets the cool drift mode and launch control and will hit dealerships in spring 2016 in North America. The four-door Focus RS is shaping up to be one of the best performance car bargains in the US. The WRX has some American muscle to fight with in the States for a change. You can probably knock a few tenths off the 0-62 mph time and have a good idea what the 0-60 time would be.