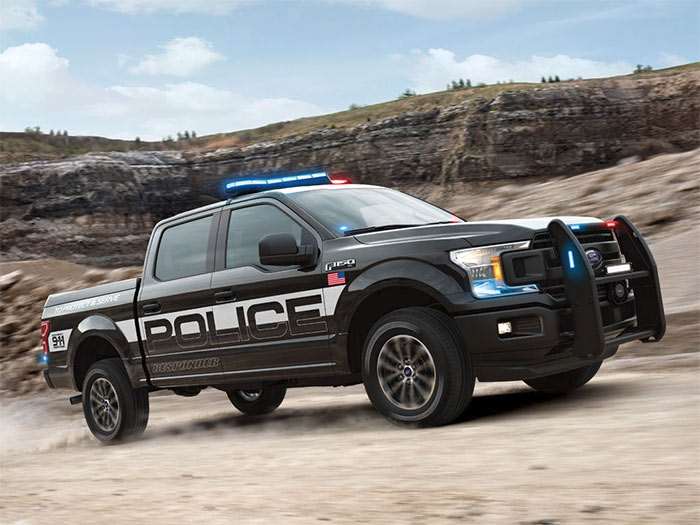 Ford has unveiled a new flavor of the top-selling F-150 truck that is aimed specifically at police departments around the US. The truck is called the F-150 Police Responder and it is the first pursuit rated truck in the industry. Ford says that the truck was built specifically for the demands of law enforcement.

The truck gets a special interior for police work, police calibrated brakes, all terrain tires, and 18-inch wheels. The truck also has the most passenger capacity of any pursuit-rated vehicle. The special brakes have different calipers and friction material to help them stand up to pursuits.

The F-150 is certainly no speed demon being rated for speeds up to 100 mph. Ford says that the truck is engineered for performance on and off road making it ideal for rural sheriff’s departments, border patrol, and fish and game authorities. The truck has 375 hp and 470 lb-ft of torque and is based on the F-150 FX4 off-road model.