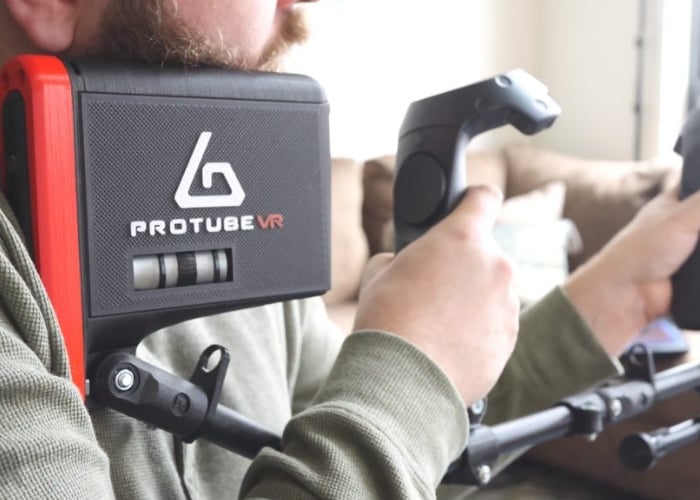 Virtual reality gamers looking for more immersion while playing VR first person shooters may be interested in a new haptic VR gun controller grip called ForceTube, which will soon be launching on Kickstarter. ForceTube has been designed to replace the butt of the original ProTubeVR stock and adds haptic kickback as your VR gun is fired to simulate recoil.

The development team responsible for creating ForceTube will first start devkit production after reaching its crowdfunding goal. Followed by a second iteration, which the company plans to deliver to backers (devkit V2), is slated to add “power and electronic upgrade.” ForceTubeVR explains “The manufacturing process is painful and complicated, but that’s why it’s a devkit”. The Road to VR website writes:

“As for the hardware itself, not much is known at this time. The device is said to connect to PCs via Bluetooth, and will feature a battery life “longer than 8 hours under real intensive use.” Both low and high frequency rumble will be available, the company says, providing up to 60-newton kick force to your shoulder with a maximum of 100w power draw per shot.”

Unfortunately no more details have been provided by ForceTubeVR the sooner small details on the Kickstarter campaign expected to launch later this month are released we will keep you up-to-speed as always.