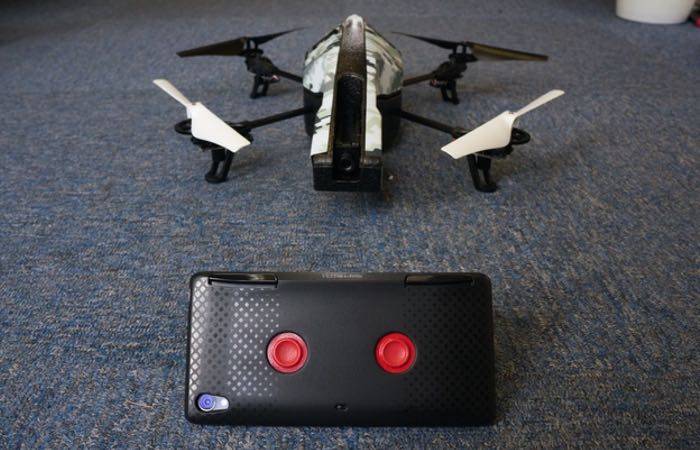 Flitchio can also be used to control remote applications that have been designed to control quadcopters and other vehicles. Providing users with more precise physical controls rather than just a touch screen.

Watch the video below to learn more about how Flitchio frees your screen from fingers and provides you with a pair of accurate controllers in one slim smartphone case.

“A touchscreen is not ideal for gaming, because it was not designed for gaming: thumbs are hiding the action and you can’t feel that you are actually pushing a button or moving a joystick! Flitchio frees your screen, and gives you tangible control over your games.

Flitchio lets you pilot drones from your Smartphone with precision. Enjoy the full experience of gaming on your phone. The beautifully designed joysticks and shoulder buttons bring traditional, real gaming to smartphones and immerse you more in your games.”

The Flitchio project is currently over on the Kickstarter crowd funding website looking to raise £50,000 in pledges to make the jump from concept to production. So if you think Flitchio is something you could benefit from, visit the Kickstarter website now to make a pledge and help Flitchio become a reality with pledges starting from £39.