Flickr the popular image and video hosting and sharing website, has this week rolled out a new update to its website which brings with it a new feature called Uploadr.

Uploadr has been designed by Flickr to provide users with an easy to use drag-and-drop facility to add images and videos to your Flickr account. Its been created using the latest HTML5 browser technology and allows you to easily re-order images using drag-and-drop, before they hit your photostream. 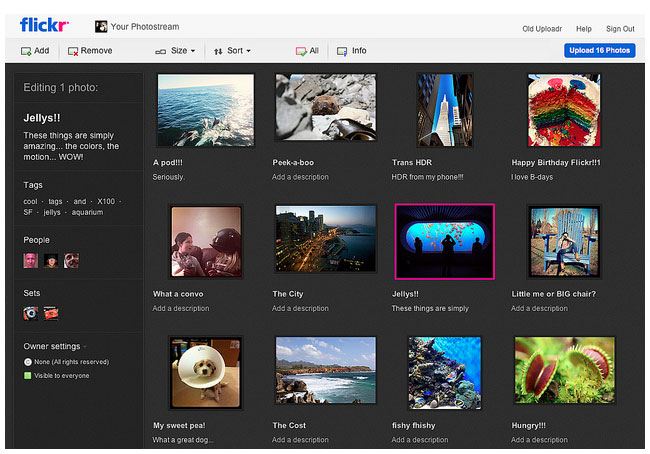 Flickr has also now made a major update to the speed of uploads for images and videos. Which Flickr says will provide users with uploads between 20-30 percent faster on average, and up to 50-60 percent faster for some international users, which is great news.

Another new feature added to the Flickr service has increased user file size limits, now allowing Pro users to upload 50MB files and free users up to 30MB in size. Flickr will be rolling out the new additions over the next couple of weeks, for more details on the new features jump over to the official Flickr announcement.