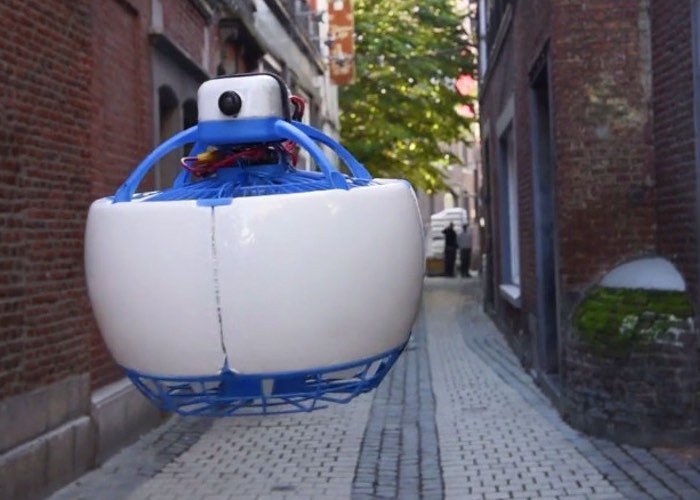 If you think BB-8 is cute you are sure to like this new flying robot called Fleye, which has taken to Kickstarter to raise €175,000 to make the jump into production.

The new flying drone robot has been designed to provide a fun and safe autonomous robot that also comes with its own SDK and open API for developers to be able to design and create a variety of different applications to expand its uses. 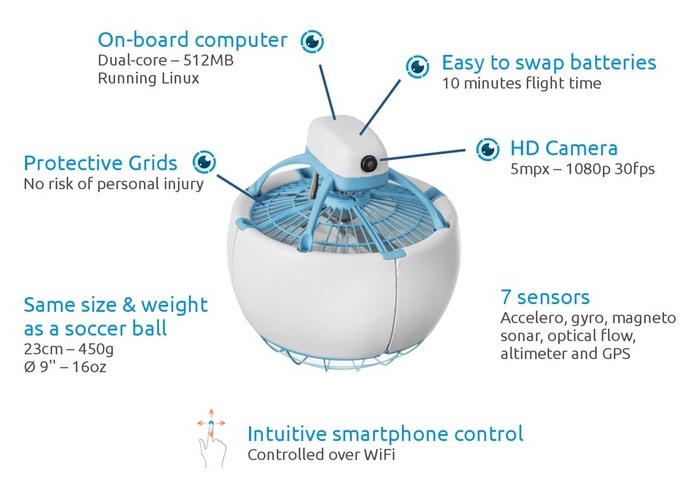 The developers of Fleye explain more :

The classic drone design has many shortcomings; Fleye has gone back to the drawing board to imagine the future of autonomous flying robots. The resulting product is safer, more robust and easier to use.

We’ve also made Fleye open and programmable. Its API and SDK make it a great development platform for anyone willing to explore the future of flying robotics and its potential applications. The main innovation of Fleye is its unique spherical design, where all moving parts are fully shielded. This means that you can hold, touch, push, and bump into Fleye without any risks of injuring yourself and others. It also means that Fleye will be more robust when bumping into something.

Jump over to Kickstarter to learn more about this very unique flying drone robot and to also make a pledge from just €599 to be able to get your hands on a super early bird standard edition of the flying robot.