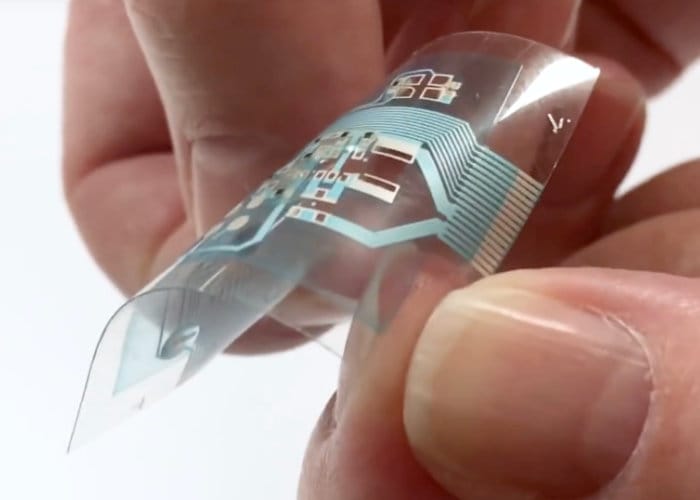 Developers, makers and Arduino enthusiasts may be interested in a new flexible Arduino prototype which has been showcased by NextFlex, providing a glimpse at what we can expect Arduino development boards to look like in the near future. The circuitry of the Arduino board has been printed on a 1mm thick flexible plastic ‘board’ known as the substrate. Check out the video below to learn more about the flexible Arduino prototype board.

Flexible micro controllers will open up a wide variety of new applications for wearables and everyday projects and over the next few years manufacturers think prices will drop considerably making the flexible Arduino development boards available for consumer products.

“We recently visited NextFlex, the flexible electronics manufacturing institute in Silicon Valley, where they developed a flexible prototype based on the Arduino Mini. Their mission is to make flexible electronics mainstream, opening up all kinds of new applications.” NextFlex will be talking more about this project at the Sensors Expo & Conference in San Jose, California on June 26th, during the “Democratizing IoT” session. For more information jump over to the official Arduino blog by following the link below. Hopefully flexible Arduino microcontroller is will be available sooner rather than later allowing electronic enthusiasts and developers to create an amazing range of new projects.