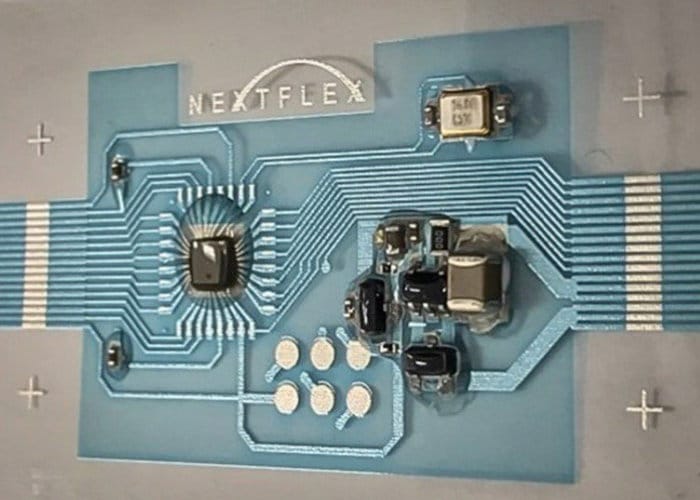 A new flexible Arduino development board has been unveiled this month which has been developed by the Air Force Research Laboratory, to provide a lightweight low-cost and flexible electronic system for next-generation smart technologies that can be included into military, commercial and consumer applications.

The Air Force Research LaboratoryResponsible for the flexible Arduino board has been led in conjunction with NextFlex, America’s Flexible Hybrid Electronics Institute. The team has now unveiled the first functional samples of the flexible Arduino circuit board which has been constructed using a “flexible hybrid electronics manufacturing process”. The Development team has been able to reduce the number of manufacturing processes by more than 60 percent resulting in a reduction in the weight of the Arduino board by a massive 98 percent..

The flexible Arduino Is made up of a thin, flexible plastic sheet circuit board on which the microcontroller is mounted without its case and digital printing processes were used to create the connections between the circuit elements. Once the flexible Arduino microcontroller is made available, the flexible design will be perfect for emerging smart technologies designed for the Internet of Things, sensor applications and wearable devices, say it’s creators.

Unfortunately no indication on when the flexible Arduino microcontroller will be available both for commercial or consumer applications has been announced as yet, but as soon as more details are made available we will keep you up-to-date as always. In the meantime jump over to the WPAFB website by following the link below.