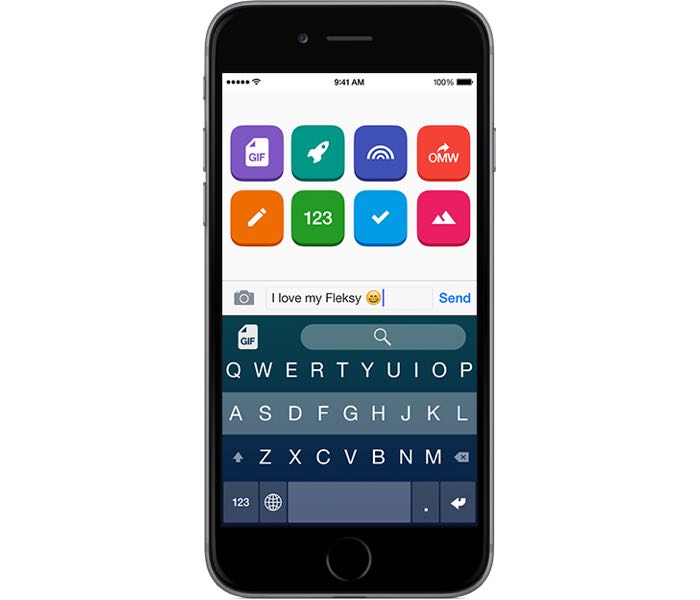 The new Fleksy 5.2 app brings some new features to your iOS or Android device, including three new animated themes, some new core features in iOS and some next extensions in Android.

But, we also have news for you today, because today we launched Fleksy version 5.2.  This update’s got some cool stuff in it – 3 new animated themes and core features on iOS, as well as 2 new Extensions on both iOS and Android.

The second new Extension, Hotkeys, is incredibly useful.  It gives you 7 “open” key spaces, which can be customized to input anything you want in a single keypress – favorite emoji, email addresses, phrases you use often… The sky is the limit!

You can find out full details on everything that is included in Fleksy 5.2 for iOS and Android over at the company’s website at the link below.