Flappy Bird has been one of the most talked about games over the last few weeks, the game was pulled from the Apple app store and also the Google Play Store by its developer Don Nguyen, as he said the game was too addictive.

Since then we have seen a number of clones of the game appear on various apps stores, and app store are no longer accepting apps with the word ‘Flappy’ in the name. 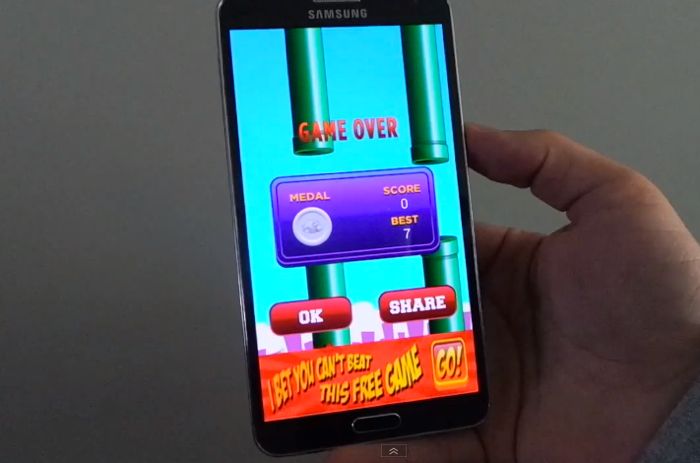 Now a game developer, OneClick, has decided that they want to own the trademark for Flappy Bird, the have filed the trademark with the USPTO on the 9th of February.

The company may end up getting the trademark, as the original developer of Flappy Bird has abandoned his game, and they have even developed their own version of the game, which you can see in the video below.

So basically if OneClick manages to get the trademark for Flappy Bird, they will probably be able to get their game in the various app stores.

We wonder what the original developer of Flappy Bird, Don Nguyen thinks about another company potentially cashing in on his work, as you can see this new Flappy Bird game is almost identical to his version.