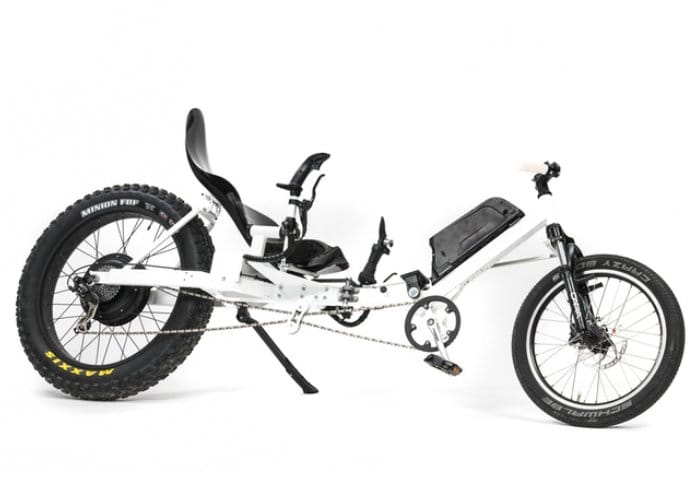 The aptly named Joystickbike, as the name suggests is controlled by the user tilting and moving joysticks rather than the more traditional handlebars associated with most electric bikes. JoystickBike has been created by a small team of developers based in Switzerland and is being promoted as half electric bike and half video game.

Check out the demonstration video below to learn more about the the unique electric bike which has this week launched via a Kickstarter and is now available to back with pledges starting from £1278 offering a 25% discount off the recommended retail price, which will take effect after the Kickstarter campaign is successfully funded. If all goes well worldwide shipping of the JoystickBike is expected to take place during May 2018.

The JoystickBike has been inspired by the goal of combining the sensations of an airplane pilot and those of riding a motorcycle. Designed by Yvan Forclaz the joystick controlled electric bike was first developed back in 2014 and after hundreds of hours of development the first Joystickbike was born. “Since then everything has accelerated : press coverage around the world, trade shows and many requests from a potential market to get a Joystickbike. The plans were made public and several joystickbikes have been created around the world.”

For more information and full specifications jump over to the official Kickstarter campaign by following the link below.