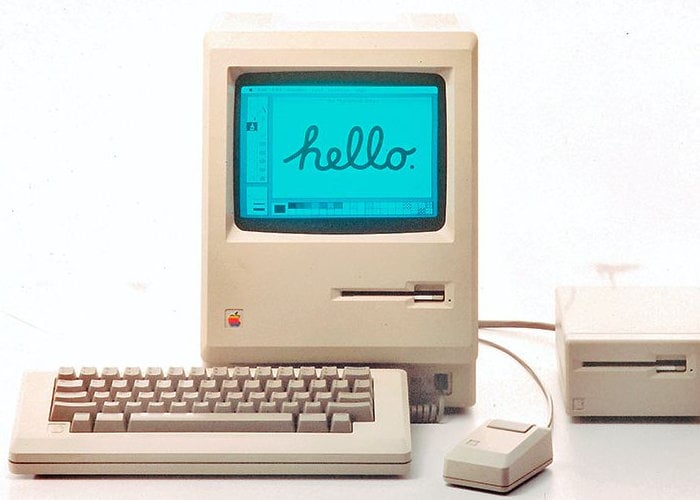 It has been 36 days to the day since former Apple CEO Steve Jobs introduced the first Apple Macintosh computer powered by a Motorola 68000 8MHz processor supported by 128KB of RAM and equipped with a 3.5-inch floppy drive, all for $2,495. When Jobs revealed the new Apple computer and removed it from the box it was set to run a message saying :

“Hello, I’m Macintosh. It sure is great to get out of that bag. Unaccustomed as I am to public speaking, I’d like to share with you a maxim I thought of the first time I met an IBM mainframe: NEVER TRUST A COMPUTER YOU CAN’T LIFT! Obviously, I can talk, but right now I’d like to sit back and listen. So, it is with considerable pride that I introduce a man who’s been like a father to me… STEVE JOBS.”

The Macintosh was introduced by a US$1.5 million Ridley Scott television commercial, “1984” and aired during the third quarter of Super Bowl XVIII on January 22, 1984. “Two days after “1984” aired, the Macintosh went on sale, and came bundled with two applications designed to show off its interface: MacWrite and MacPaint. It was first demonstrated by Steve Jobs in the first of his famous Mac keynote speeches, and though the Mac garnered an immediate, enthusiastic following, some labeled it a mere “toy.” Because the operating system was designed largely around the GUI, existing text-mode and command-driven applications had to be redesigned and the programming code rewritten.”